Big reaction to Mark’s ‘Scoop’: ‘Be wary of new LGA’

‘We miss the old LGA’

From Facebook:
Sad news indeed! The old LGA did a great job. Walt – start a new organization – there’s plenty to do! — Dick Carlsen

From Facebook:
The Fund has been planning this (merger) for …

END_OF_DOCUMENT_TOKEN_TO_BE_REPLACED 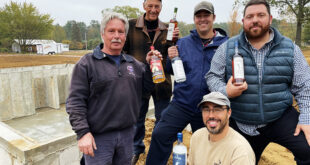 The gin is flowing at Springbrook Hollow Farm Distillery. So is the bourbon, moonshine, vodka and rye.

Things have gone so well since their opening in 2015 that Springbrook is embarking on a $1.4 million, 8,000-square-foot production facility and year-round tasting-events room that will more than double their current space. Most important, said Matt Colucci, it will give Springbrook a high-profile location on the …

END_OF_DOCUMENT_TOKEN_TO_BE_REPLACED 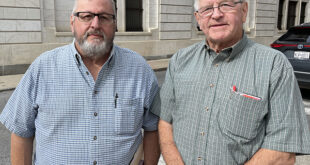 Who remembers the U.S. Bicentennial, and the hoopla in 1976 celebrating 1776?

Queensbury Town Historian John Berry and Warren County Historian Stan Cianfarano are heading up efforts to form a local 250th Commission for Warren and Washington Counties to join in the events and celebration.

Mr. Cianfarano is president of the Warren County Historical Society, …

END_OF_DOCUMENT_TOKEN_TO_BE_REPLACED

• Construction of a new five-story apartment building on the current site of the Farmers Market and adjacent parking lot.

• Renovation for residential and commercial mixed use of the former Sandy’s Clam Bar, former Hot Shots and so-called incubator buildings.

END_OF_DOCUMENT_TOKEN_TO_BE_REPLACED

Who’s running where: Much more complicated due to redistricting 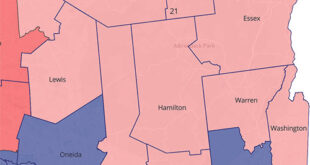 With Congressional, State Senate and Assembly district lines redrawn, don’t assume you’ll be voting on the same races on Nov. 8 that you have previously.

For State Assembly, for instance, if you’re in the City of Glens Falls, your race is between incumbent Democrat Carrie Woerner and Republican challenger David Catalfamo.

In Queensbury and the rest of Warren County, Republican Matt Simpson will remain …