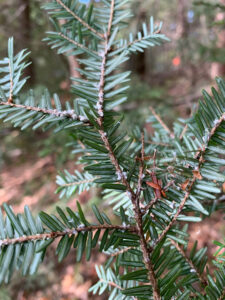 END_OF_DOCUMENT_TOKEN_TO_BE_REPLACED

The expert on hemlock woolly adelgid: How to fight Lake George invasive

Mark Whitmore, a forest entomologist at Cornell, is widely regarded as the expert on Hemlock Woolly Adelgid and on how to combat it.

The insect, found this summer on the east shore of Lake George, poses a major threat to the Eastern Hemlock, the lake’s dominant tree species and a major presence in the Adirondacks and eastern U.S.

END_OF_DOCUMENT_TOKEN_TO_BE_REPLACED

Meanwhile, improvements at the Feeder Canal trail in Kingsbury are adding a …

END_OF_DOCUMENT_TOKEN_TO_BE_REPLACED 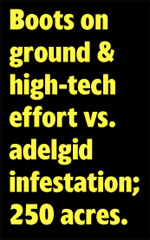 The effort will range, from five teams of three people each in the next two weeks …