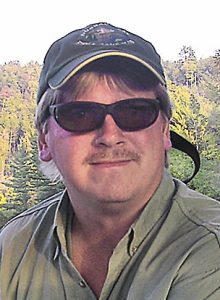 It was that photo of myself and Dr. Dan O’Keeffe taken at the Chronicle Book Fair a decade ago. You see, I’m one of those estimated 10,000 babies Dr. Dan brought into this world — and my …

END_OF_DOCUMENT_TOKEN_TO_BE_REPLACED

Dr. Dan was one of my favorite people on the planet, a friend and inspiration. A life force flowed through him like a spring. He lived a life I admired — committed to family, place, faith, community, profession — and fun.

As a Glens Falls obstetrician/gynecologist, Dr. Dan delivered 10,000 babies. He …

END_OF_DOCUMENT_TOKEN_TO_BE_REPLACED

Denver Grover, the chef who lost her job when owner Rich Schermerhorn closed The Aviator Restaurant at Warren County Airport in January, plans to buy the UpRiver Cafe in Lake Luzerne.

For the 2020 season, which starts in April, Mr. Van Bourgondien said, “We’re gonna partner together in the business, with Denver taking it over after that.”

Ms. Grover, who said the project will also …

END_OF_DOCUMENT_TOKEN_TO_BE_REPLACED

Paul and Cairenn Spooner plan to renovate the historic 1873 Miles Thomas House on Main Street in Warrensburg now that their deal to sell it for a new Dollar General store was stymied. “We’re just as happy,” Mr. Spooner tells The Chronicle.

“We like the place, and our plan now is to renovate it.”

“We didn’t want it torn down,” Mrs. Spooner said.

END_OF_DOCUMENT_TOKEN_TO_BE_REPLACED 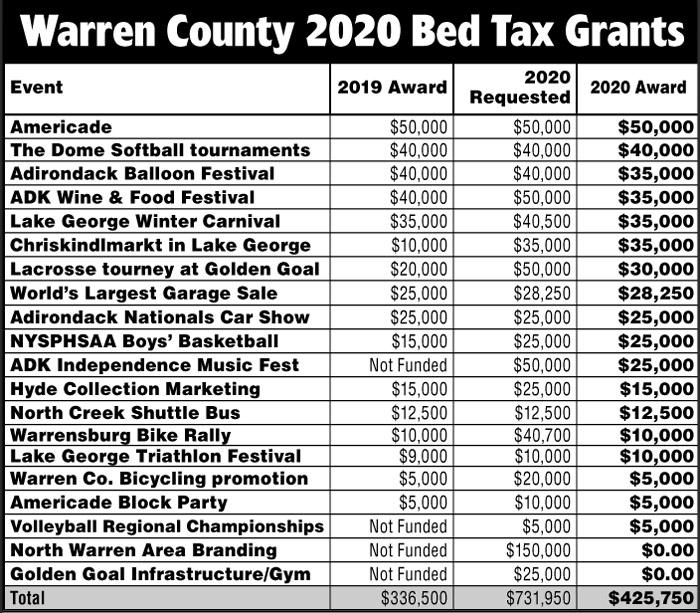 Americade remains the biggest recipient and the Adirondack Independence Music Festival is newly funded as the Warren County Board of Supervisors allocated 18 events $425,750 in occupancy tax money.

Americade, the June motorcycle touring rally in Lake George, received $50,000, plus $5,000 for its block party.

The Adirondack Independence Music Festival, Sept. 5-6 at the Festival Commons in Lake George, is being given $25,000 …