I’ve been playing live music professionally for more than two decades, and I’ve been attending shows for much longer than that. Being a musician isn’t always as glamorous as it may seem. There are plenty of pet peeves t

hat go along with the gig, as in any job. Some just come with the territory. Some shouldn’t.

One of those, for myself anyway, is …

END_OF_DOCUMENT_TOKEN_TO_BE_REPLACED

Jason, ghoul for the day at Great Escape Fright Fest

Accepting an “invitation” sent to The Chronicle in the form of a gruesome evidence bag full of blood and body parts (not real, I hope), I attended a “Black Carpet” event at Six Flags Great Escape this past Friday night.

Part of the invite included an interactive opportunity that I couldn’t resist: My girlfriend Tiffany and I — along with other members of area …

END_OF_DOCUMENT_TOKEN_TO_BE_REPLACED 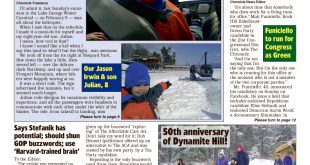 Pick up your copy of the Chronicle and read about Matt Funicello’s run for Congress, Jason Irwin’s Lake George Winter Carnival helicopter ride, plus so much more! 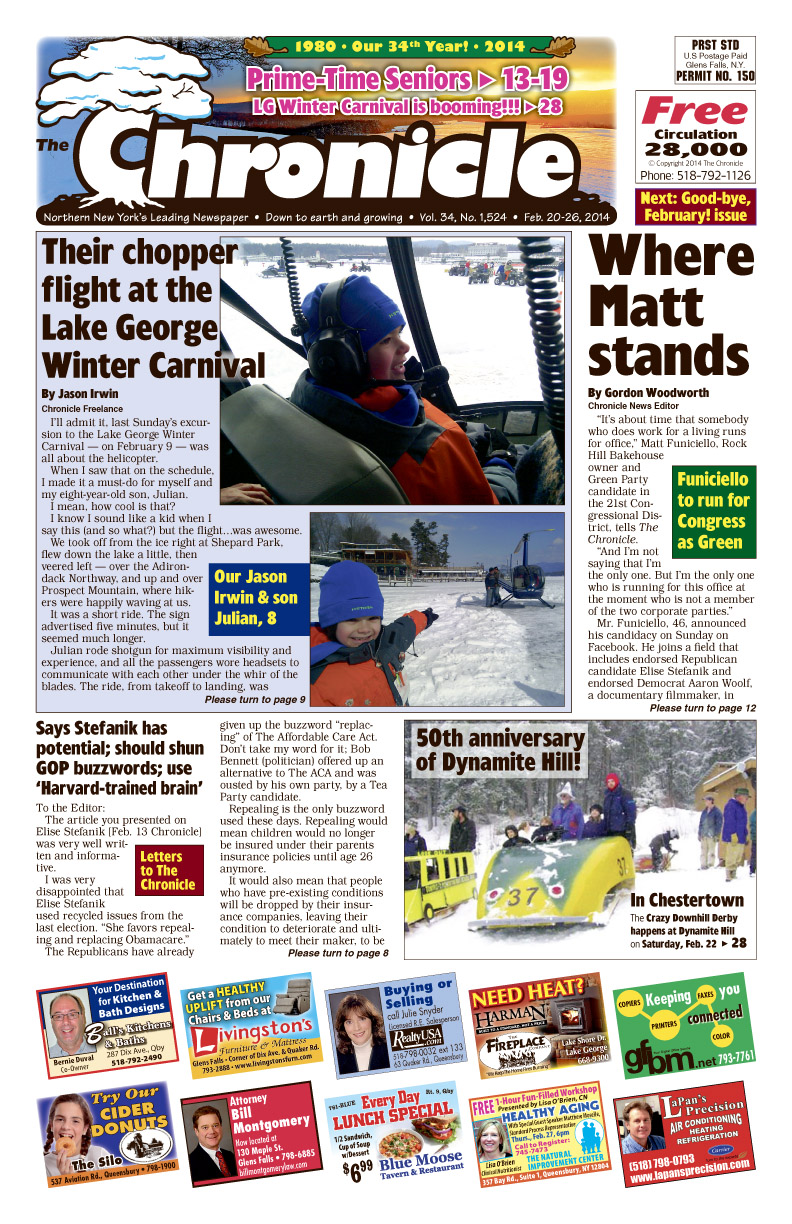