Chris Ruckert, who lost 193 pounds to join Marines, is glad to be a Private

In the Feb. 6 issue of The Chronicle we wrote about Chris Ruckert of Hartford. At the age of 24, he’d lost 193 pounds — dropping from 399.6 to 207 — in order to fulfill his lifelong dream of joining the U.S. military. He set off to Parris Island in February.

We met him again on June 27, when Pvt. Ruckert was home before …

END_OF_DOCUMENT_TOKEN_TO_BE_REPLACED

Lost 193 pounds so he could join Marines

Chris Ruckert, 24, of Hartford, says he dreamed of joining the U.S. military, but it didn’t look possible a year-and-a-half ago when he weighed “a fraction away from 400 pounds, 399.6.”

Now down to 207, he was inducted into the Marine Corps on Feb. 3 and went to their Parris Island boot camp in South Carolina.

END_OF_DOCUMENT_TOKEN_TO_BE_REPLACED 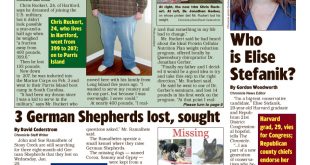 Pick up your copy of the Chronicle and read about Elise Stefanik running for Congress, Chris Ruckert who lost 193 pounds to join the Marines, Jos. A. Bank coming to the Lake George Outlets, plus so much more! 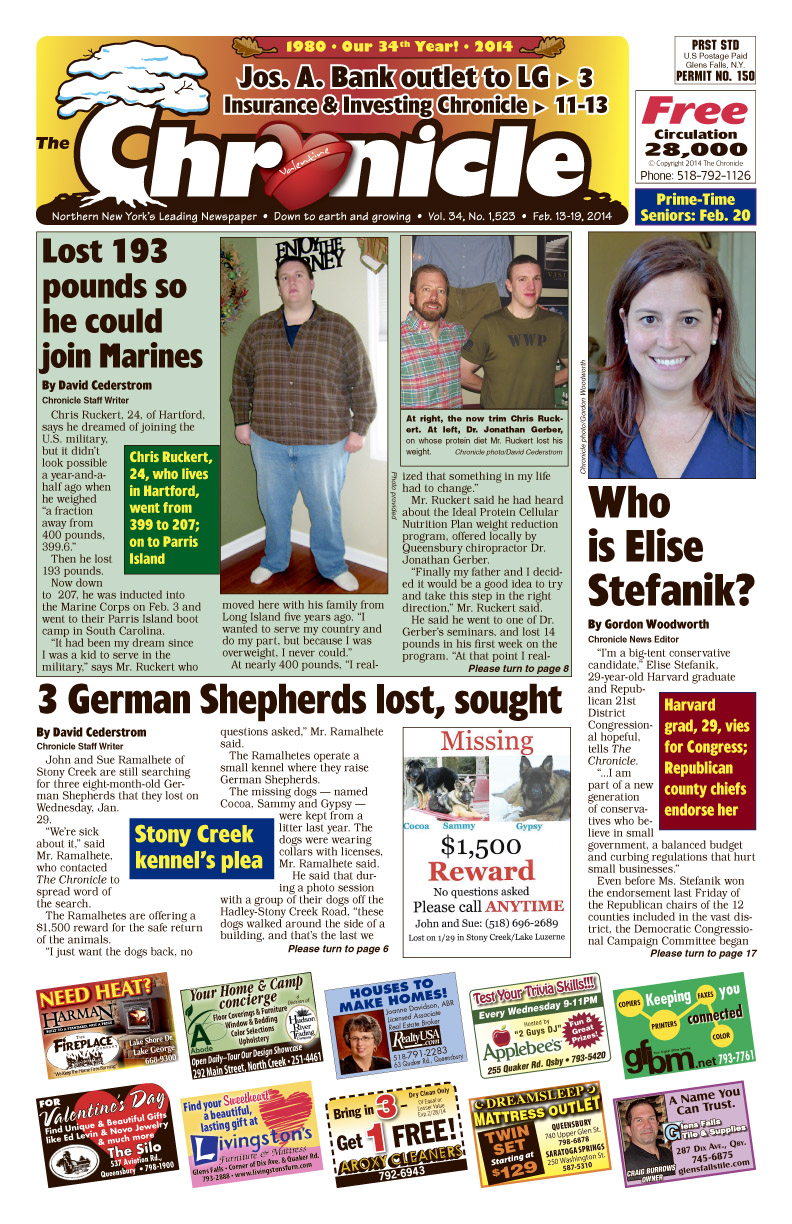