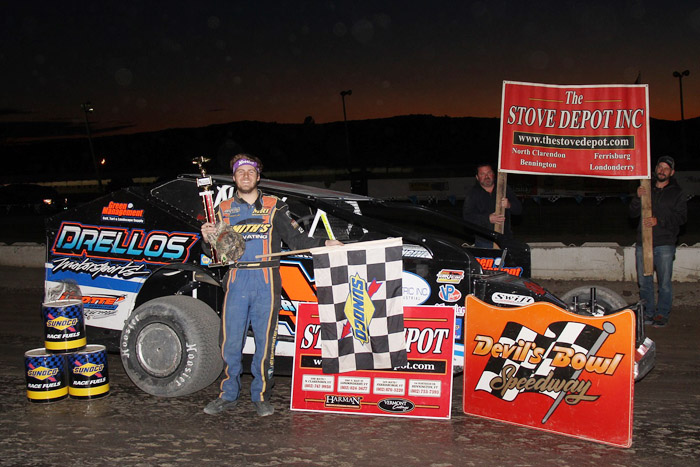 “The team of second-place finisher Justin Comes posted the $500 protest bond required by the 2020 Devil’s Bowl Speedway rulebook following the feature race on Saturday night to have the Drellos engine inspected at an independent location.

“The engine was removed from the Drellos car at the track, impounded, and then delivered to Hunt’s Machine in Schenectady….

“The inspection process — which was completed by the staff at Hunt’s Machine on the morning of Monday, September 21 — revealed that the engine was sealed, stock, and untouched, in its original configuration and measurements as prepared by General Motors. The engine returned to the Drellos team on Monday afternoon.

“Championship Night starts at 6:00 p.m. on Saturday, September 26. In addition to the five weekly divisions, the final Sportsman Modified ‘Draw Race’ will also be held. Advance sale tickets will soon be available online at the Devil’s Bowl Speedway website.