I wrote the following in an attempt to help people understand the role of immunizations and how everyone in the U.S. has been protected from so many dread diseases because of mass immunizations. Perhaps this will help some people who are hesitant to get the COVID vaccine in our area. Although it is rather long, I hope you can print it. 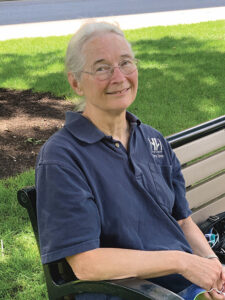 •
Remember when you didn’t get sick? Do you have a smallpox vaccine scar on your shoulder or butt? No? In the 20th century, smallpox killed 300 million people. Intensive use of the vaccine eliminated smallpox in the U.S. by the middle of the 20th century, and we stopped routine vaccination in the 1970’s. In fact, the smallpox vaccine was so successful that in 1980 the last case of smallpox was eradicated in the whole world.

Do you remember those 3 awful months that you and all your siblings spent coughing to the point of vomiting multiple times a day because the whole family got whooping cough? Your doctor told your mom “With whooping cough they start coughing in one season and end it in the next.”

No? You don’t? — Then you may well have been born after the 1940’s when vaccines became available to stop the three killer diseases of tetanus, diphtheria (which choked off the airway) and whooping cough (pertussis).

How about those long, hot summers when you languished at home, not allowed to go to the community pool to swim with your friends? Not allowed to go to day camp or parties because your parents were terrified that you would become paralyzed by polio?

No? — Then you were probably born after 1955 when Jonas Salk’s polio vaccine first became available and grateful parents rushed to get their children vaccinated. Due to the vaccine, polio went from paralyzing tens of thousands of people a year, to being eliminated from the U.S. by 1979.

Do you remember when you spent weeks of your childhood in bed, isolated from your friends and missing school because you had measles, then mumps, then German measles (rubella), then chicken pox? If you don’t, you were probably born after 1960’s when the MMR could protect you from the odds of getting the first 3, or after 1995, when the vaccine became available for chicken pox.

How about when your little cousin was hospitalized or perhaps even died of meningitis — or was it pneumonia? It could have been the germs HIB or meningococcus or pneumococcus that killed them.

No, it didn’t happen? —Then they were probably born after 1985 for HIB, or 2005 for meningococcus or 2010 for pneumococcus, because that’s when those vaccines hugely reduced those killer diseases in children.

Surely you remember your kids getting hepatitis A or maybe rotavirus diarrhea? Remember those sleepless nights with the febrile, vomiting toddler with massive diarrhea? No? Then thank your doctor and their armament of vaccines.

Did you know that the technology used to develop the Pfizer and Moderna vaccines was already being studied for 10 years in an attempt to make other vaccines against cancers? That is why the companies were able to pivot so quickly to use it to create the COVID vaccine.

Even the less effective flu vaccine has been estimated to save over 5700 lives a year in the U.S. In fact, if you receive the right vaccines today, you can travel to remote areas of the world without fear of getting Ebola, cholera, typhoid or Japanese encephalitis because you can be vaccinated against those diseases.

There are now 29 diseases that can be prevented by vaccines in humans, and another 11 protecting animals.

Public health measures caused this reduction in deaths, and one of the most important tools was and remains vaccination against communicable diseases.

Doctors in the U.S. today have likely never seen a case of smallpox, diphtheria, polio, measles, rubella or even bacterial meningitis due to these diseases being nearly eliminated in the U.S. through immunization.

It is quite likely that you are here because you, your parents and maybe even your grandparents received immunizations, or at least lived in a community that was so well immunized (>90-95% of the population immune) that there was no chance of coming in contact with these diseases.

With a history of vaccine successes like that, why would you not want to be vaccinated against the COVID virus that has already killed nearly three quarters of a million Americans and close to 5 million people world-wide?

Realizing the huge role that herd immunity plays in ending this pandemic, why would you not want to play your part in protecting not only yourself but also those you love and everyone else in your community?

In spite of the widespread availability of the vaccine, some people will remain vulnerable. By getting vaccinated yourself, you can help that woman stocking shelves in the grocery store who is on chemotherapy for breast cancer whose immune system is compromised, the child with a chronic illness who is too young to be vaccinated, the essential worker that is exposed to the virus on a daily basis, and more.

If you plan on trusting those doctors and nurses at the hospital who will be taking care of you when you are injured or sick, managing your ventilator when you can’t breathe, your dialysis because your kidneys failed and your fluid and oxygen requirements when you get your heart attack, why wouldn’t you trust them when they ask you to please, please get vaccinated against COVID?

Why would you sentence them to the agony of watching yet another patient die a needless death, from a disease that could have been prevented?

Contrary to popular opinion, vaccines are not just an individual choice. They are at their most effective when they can protect an entire population through that famous “herd immunity.”

Get vaccinated against COVID! Then you can tell your grandchildren about when you survived the pandemic, and when you helped the rest of the world survive it as well. Be a vaccine hero!