Brian Bronzino has bought the historic former Square Nail gift shop building at the bottom of Glen Street hill for $165,000, plus the Dix Avenue Plaza shopping center for $280,000. Both buys were March 20. 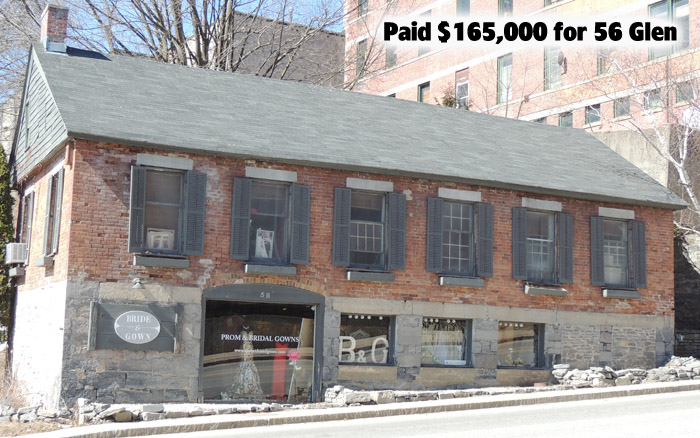 Seller was Ed DeRocker, whose daughter Eliza DeRocker operates her Bride and Gown business in the building. Contacted for comment, Ms. DeRocker said Bride and Gown is staying at 56 Glen. 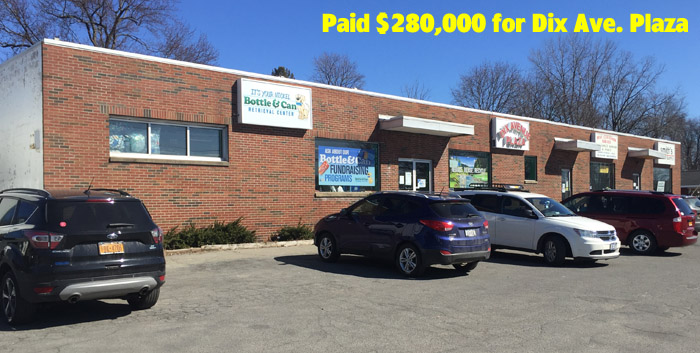 Mr. Bronzino has now spent $2.28-million on seven properties in the City since last September.

Mr. Bronzino has declined to be interviewed. Last month, through his friend Robin Barkenhagen, who operates 42° art glass gallery on Park Street, Mr. Bronzino answered written questions from The Chronicle.

He said his grandmother left him property in Brooklyn when she died, which he says he then sold for millions of dollars.

Mr. Barkenhagen says Mr. Bronzino “had a gut feeling about Glens Falls” when he arrived on a Trailways bus last fall. “He said the people were very inviting…He didn’t know anyone here before he arrived.”

Mr. Barkenhagen said Mr. Bronzino previously “checked out Hudson (N.Y.), staying at a Bed & Breakfast, and wasn’t impressed.” Mr. Barkenhagen continued, “He thinks he took the train to Albany and then the bus to Glens Falls. He wanted to move from Brooklyn and had been exploring towns up and down the Northway.”

Tuesday, we reached out to Mr. Barkenhagen again. In response, he said Mr. Bronzino “doesn’t plan on buying anything else right now.” — G. Woodworth