Arrest made for alleged Methamphetamine sales in Lake George, Bail Jumping in QBY

On December 7, 2022, Sara M. Seymour of Queensbury was arrested by the Warren County Sheriff’s Narcotics Enforcement Unit for alleged charges of selling Methamphetamine in Lake George and Bail Jumping for failure to appear on pending felony charges out of Queensbury, police said. 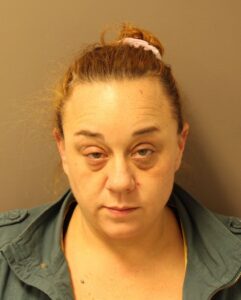 Police said during a joint investigation conducted by the Warren and Saratoga County Sheriff’s Offices, Ms. Seymour sold Methamphetamine to a police informant on two separate occasions during a controlled drug buy operation.

Following her arrest, police said they discovered that Ms. Seymour had bench warrants out of Queensbury and Lake George Town Courts for failing to appear on felony charges of Identity Theft and Grand Larceny.

Ms. Seymour failed to show up for court proceedings on at least 4 separate court dates, all of which Seymour was released upon her own recognizances, police said.

She was arraigned at Warren County Court for the drug charges and remanded to the custody of the Warren County Correctional Facility for lack of $10,000 cash bail / $30,000 bond, police said.Ms. Seymour was later taken before CAP court for arraignment on the Bail Jumping Second charge and bail was set at $5,000 cash or $10,000 bond.