Zander: Oh, no, on the death at 61 of comedian Norm Macdonald 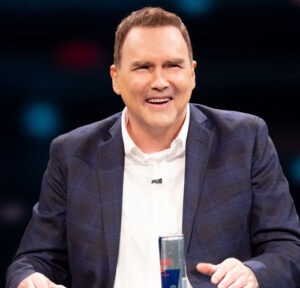 Norm Macdonald’s famous “Moth Joke” — Google it — is one of the greatest jokes of all time. It’s also a great example of what made him special; off kilter and earnest, pushing the audience out of their comfort zone without losing their affection.

Norm may have been the most effortlessly funny person alive. He crossed lines, broke taboos, and said what he wasn’t allowed to say. His smirking charm allowed him to do it on mainstream talk shows.

He also had a reputation as a humble human being who loved his friends.

As society demands more conformity and celebrities take fewer risks, Norm was uncompromising. His boldness only became more unique as he aged.

How many other comedians with his style get invited on mainstream platforms?

He was so devoted to his craft that he was fired from SNL, long rumored because of his repeated OJ Simpson jokes.

Hosting the 1998 ESPY’s, he congratulated that year’s Heisman Trophy winner Charles Woodson: “That is something they can never take away from you. Unless you kill your wife and a waiter, in which case, all bets are off. Just a word of advice.”

Norm Macdonald was not going to allow any executive to tame him. And that’s why people loved him. I loved him. Norm was always Norm.