Lake George hasn’t completely iced over yet, but it’s getting closer.

“We lost some ground last weekend with the rain and the wind,” said Larry Eichler, who has monitored the lake since 1979 as a research scientist with the Darrin Fresh Water Institute (FWI) in Bolton.

Will the lake completely freeze over? “I’m still optimistic it will,” he said, “but there’s a distinct chance it won’t…It’s all a guessing game. There is ice all around the perimeter of the lake.”

He said, “Typically, the third week of January is the coldest week of the winter.”

This year? Not so much. The National Weather Service in Albany says so far it’s the sixth warmest January on record.

Walt Lender, executive director of the Lake George Association, lives in Ticonderoga and drives the length of the lake every weekday to get to work.

He said Tuesday about the ice, “I’m seeing it receding. Whatever ground we made last week was lost over the weekend.

“It’s going the other way. It’s got that funny, hazy, blueish-gray color that you typically get in the spring before the ice goes out. It’s ready to ice over, though. It just needs some calm nights and cold temperatures.”

He said the lake is frozen from the outlet in Ticonderoga “south to the Baldwin dock, but south of there, past Rogers Rock and Hague and Silver Bay, it’s open water.

“It’s frozen near Hulett’s Landing, but in the Narrows there is still some open water in spots.”

Mr. Eichler defines freeze over as when “someone can walk from one end of the lake to the other.”

And when freeze over does occur, it usually happens in mid-January.

“It’s hard to say, looking at the forecast,” Mr. Eichler said. “Snow will accelerate it. And cold nights are obviously good, as long as it’s calm. If it’s windy, the wave action prevents the ice from forming.”

Mr. Eichler’s office looks out over Northwest and Sawmill Bays.

“But I see a few ice fishermen out from Veteran’s Park and in Sawmill Bay this morning,” he said Tuesday.

About a dozen ice fishermen were on the lake off Million Dollar Beach at 8:30 a.m. Tuesday.

Before last weekend, “the lake was pretty much frozen from Million Dollar Beach up to Canoe Island,” Mr. Eichler said.

The Darrin Fresh Water Institute has tracked the ice-in and ice-out dates for Lake George since 2004, with help from the Lake George Association and other spotters. Before 2014, the Warren County Department of Public Works kept statistics, according to the LGA. 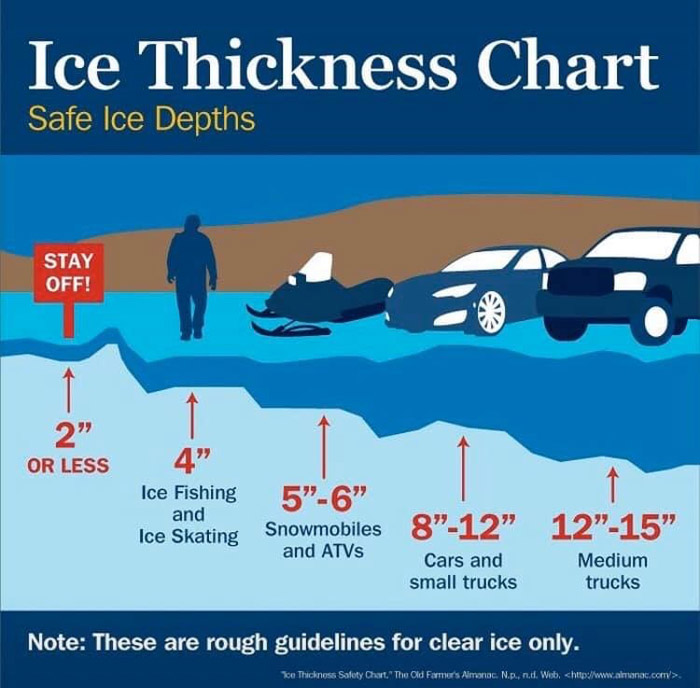