Relieved to be back in person

‘We are excited’ to be fully back and in person, says John Strough, the Queensbury Town Supervisor and co-organizer of the Glens Falls-Queensbury Memorial Day Commemoration.

After two Covid years of cancelled, limited or virtual events to mark Memorial Day, most communities are back with their traditional Memorial Day events, honoring those members of the military who sacrificed their lives in service to our country. Here’s some of what is planned this year in our region. If we missed an event, please let us know so we can include it next year.

Also, Cookout at Moreau Community Center, 4 to 6 p.m. “Bring a chair, stay to watch the parade.”

Greenwich: Parade beginning with Naval Ceremony, 5:30 p.m. at bridge over Battenkill River on Route 372, traveling along Main Street and ending at VFW on Abeel Avenue for ceremony and cookout.

Fort Ticonderoga: Parade and ceremony, 11:30 a.m., led by the Fife & Drum Corps, commemorates the many soldiers who lost their lives at Fort Ticonderoga in the French & Indian War and the American Revolution. Fort open from 9:30 a.m.-5 p.m. with reenactors, historians and activities. Carillon boat tours on Saturday and Sunday, other events throughout the weekend. Admission required: $25 for adults, $23 seniors, $13 children 5-15, under 4 free. 10% discount to active duty military members. 1-Day admission grants visitors admission the next day for free. Info: 585-2821. 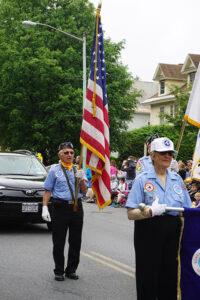 Troy: Bell Ringing and Wreath Laying Ceremony, 9 a.m., at Oakwood Cemetery. Ringing of the Meneely Bell, wreath laying by Friends of Oakwood Cemetery and Veterans of Lansingburgh in honor of deceased veterans, and a musket salute by Representatives of the NYS 125th reenactors. Master of Ceremonies is Michael Barrett, historian Robert Mulligan will speak. Nikki Osterhout will sing the national anthem. Admission is free. Rain location: Earl Chapel.

Saratoga National Cemetery (200 Duell Road, Schuylerville): Ceremony, 11 a.m. at the assembly area at the main flag pole. “Remember and honor the men and women who gave their lives in military service to a grateful nation.”

Note: Arrive early. There is only one entrance and cars may get backed up. 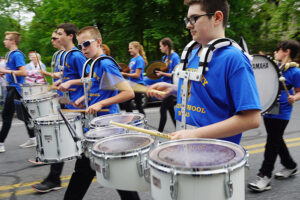 Warrensburg: Parade, 9 a.m. from firehouse on Elm Street, continuing on Elm Street to Hudson Street Cemetery for ceremony, sponsored by the American Legion. All veterans are welcome to march. Rain location: Firehouse.

Bolton Landing: Parade, 10 a.m., beginning at Rogers Park, pause for ceremony at the WWII Memorial on the corner of Horicon and Rte. 9N, then proceed to Veterans Memorial Park for ceremony including student speech. Vehicles available to transport veterans if they can’t walk.

Grand Marshal is Joe French. Father Colin is Chaplain. Guest speaker will be a Bolton Central School. Bolton students will also perform Taps. Followed by entertainment by Andy Pratt and refreshments by town of Bolton and Stewarts’ Shops.

Hadley-Lake Luzerne: Parade, 11 a.m., from Hadley Four Corners on Rockwell Street to Hope Bridge for a wreath ceremony. Proceeds to Church Street, and to Lake Avenue and Lake Luzerne Cemetery for memorial service. Return to the American Legion for food and refreshments after the ceremony. Anyone interested in marching meet at Four Corners at 10:45 a.m. Rain location for the service is American Legion Post 862.

Long Lake: ceremony, 9 am with American Legion 650 at Town Bridge. 11 am ceremony at the Long Lake cemetery with guest speaker from Fort Drum TBA.

Stony Creek: Parade, 3 p.m. from Town Hall and ends at Town Park for ceremony. Refreshments at Town Hall following. Line up at 2:45 pm.

Albany: Parade, 9 a.m. on Central Avenue. Line up at 8:30 a.m. at Hannaford Supermarket across from Westgate Shopping Center.

Queensbury: Memorial Day Services, 7 p.m., by Adirondack Chapter #79 of the Vietnam Veterans of America, at Vietnam Memorial on the campus of SUNY Adirondack, Bay Road. Color guard, bugles, and guest speakers. All are welcome. Rain or shine.

Share
Previous Our May 26 front page
Next Matt Rozell: The view from Normandy