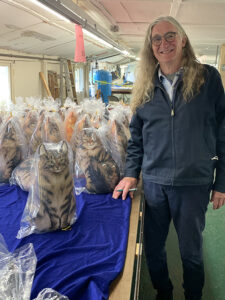 Now 73, Mr. Gunther says, “I had a great job….I definitely enjoyed the creative side of it. I worked with some terrific artists and illustrators and designers.”

Printing, stuffing and sewing, Toy Works started with toys and later segued to home furnishings under the Fiddler’s Elbow name.

Despite being a small business, Mr. Gunther said they were able to secure significant licenses — “from Mary Engelbreit to Superman, Beatrix Potter, Curious George and some of the greatest painters in the world for animal art.”

The business thrived. “At one point we had 45 people. I had a satellite, the sewing factory up in Warrensburg,” said Mr. Gunther. It had been a dress maker; when its owner Ralph Iselin was ready to close it, he urged Mr. Gunther to take it over. He operated it for 18 years.

Mr. Gunther said one sewer, Jane Pike of Glens Falls, ended up sewing for Toy Works for 35 years, until it closed.

“My in-house designer and graphics person, Kevin Brockway, he and I worked together something like 44 years. He started with me when he was 18, 19 years old. He had been out of high school for one year. And he retired about a year ago.”

Mr. Gunther says that with news that he was closing up shop, “so many ex-employees call me and say, ‘Oh, that was my favorite job ever.’ And I knew everybody, I knew their families and tried to have good Christmas parties. You’re only as good as the people that work for you.”

Originally from Albany, Mr. Gunther said he went to Albany Academy when it had a military discipline. Then he went to Boston University, where he said he got involved in anti-Vietnam War protests in 1967 and 1968.

He said he started in business school, switched to liberal arts as an English major, then did a stint in business school at Fordham in New York — “which is real-ly what my aptitude showed, was business. I wanted to be an actor or a writer or something. Anything but business, but I ended up in business.”

He left Fordham after a year because “I had a wife and a baby and a dog and I just couldn’t afford to be in New York.”

They came back upstate. In 1971, Mr. Gunther said he opened a vegetarian restaurant on Caroline Street in Saratoga Springs called “Saratoga Traders,” where Gaffney’s is now. He said it thrived in summer — as a favorite haunt of Saratoga Ballet performers — but struggled in winter. He sold it.

Toy Works, launched with a partner, came next. Mr. Gunther said a nearby antique shop owner on Caroline Street said his parents had a rag toy business called “Sleep/Awake Toys” in Burnt Hills that they had shut down.

“He was talking about it one night and I said, so why don’t we resurrect that business? And we did. Called it The Toy Works. We inherited a minimal amount of equipment and stuffing machine and some primitive silk screens…I did the manufacturing and he did the marketing,” Mr. Gunther said.

Eventually the partnership broke up and Mr. Gunther went solo.

He said a big break came when Bloomingdale’s department store in New York City bought Toy Works items and “did an ad in The New Yorker magazine, and it put us on the map.”

Later, Mr. Gunther met a book packager who convinced him to make toys of licensed characters in books like the Wind in the Willows and the Velveteen Rabbit.

In the 90’s, he said, the toy business went to China, which made stuffed products like Beanie Babies extremely cheaply. So Mr. Gunther entered “the kitchen business, started doing printed towels and aprons and other things like that.”

He said the business presented him with unique challenges — “a lot of elements; licensing, artwork and negotiating a lot of that stuff from a position of being a small business where I couldn’t guarantee millions of dollars in sales. I had to sell them on quality and my reputation to secure some of these licenses.”

Mr. Gunther is not shutting down the business for lack of revenue — in fact he says business is booming due to Amazon.

“There was certainly a lot of uncertainty” as Covid caused the closure last year of stores that sold his products.

“But what really saved us was the Amazon business — I hate to admit it. We did less volume, but per item it was a lot more profitable than selling at wholesale.”

Is the business still viable? “Definitely,” says Mr. Gunther. He says an early prospective buyer fell through and “I just ran out of time to re-market the business.” 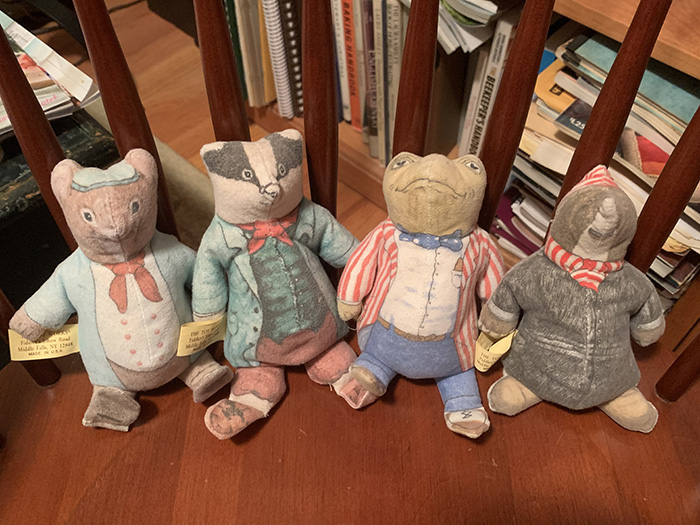 The reality is, “I was physically ready to retire. I was just putting in too many hours, it was getting ridiculous,” he says. “It was just beating me up…Now my big fear is what do I do next Monday?”

Is he really concerned about that? “I’m a little concerned about it, although I’ve got lots of projects and lots of hobbies, so I may enjoy it. I just don’t know because I’ve pretty much worked my entire life.”

Mr. Gunther might not be done working, though. His daughter Isabel has a booming business in New York called Little Green Gourmets that provides “healthy lunch delivery to schools in NYC. Colorful delicious meals made for children from scratch using fresh, local, sustainable & organic ingredients.”

“My daughter is in need of help….” Mr. Gunther says. “But I’ve got to think about that before I get into New York….I’d have to move there during the week and battle with the subways.”

His other daughter, Hester, now that her two children are older, has launched Little Green Gourmets where she lives in Phoenix, Arizona.

The Toy Works remained the official business name, but it used Fiddler’s Elbow for housewares because Mr. Gunter said some customers were confused to receive products from “Toy Works.” 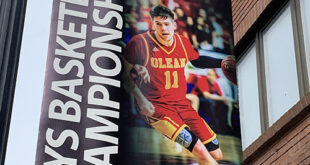 Return of the State Hoop Tourney!