Mr. Hanchett, 67, said this is his first run for elected office, but “I’ve been in zoning and planning for 18 years,” first on the town zoning board of appeals and then the planning board, including time as chairman of both.

He said, “It seems like we’re not getting things done for the town….I don’t feel that that’s been taken care of… I want to bring the town back to the people,” and bring people together as a community.”

Mr. Hanchett stepped down as planning board chairman at the end of December, and he said he he’s been talking with people and observing town issues since then. He said people have asked him to run. 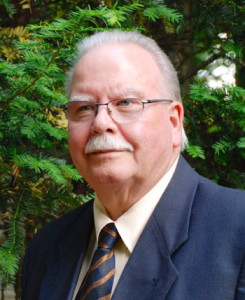 Mr. Dickinson said, “I registered as a Republican some years ago. That’s my party of choice, and if I don’t win the Republican primary I’m not going to run” on any other line.

Mr. Dickinson, 68, a semi-retired surveyor and engineer, said, “The most important thing is…we’ve held the [town] taxes flat” over the last four years at about $1.50 per thousand, and reduced the county portion of taxes paid by town residents.

Mr. Dickinson added, “We’ve started a lot of things” that he would like to finish, including planning and zoning updates and the Lake George Gateway project on Route 9. A number of grants are pending for sewer line extensions, he added.

Mr. Hanchett said, “I’d like to work with the comp plan [the comprehensive land use plan] and get that up-to-date, because every town’s gotta have a plan. I think the basic plan is there, but it needs to be tuned up.” He said there are also septic issues he wants to work on in some parts of the town.

Mr. Hanchett said he has worked in sales for the FW Webb Company of Queensbury for 29 years. He said he was a member of the Northway Exit 21 revitalization committee and that he’s served five years as an “exempt” fireman (he said he was granted an exemption because his job kept him out of town a lot).

Mr. Dickinson said the town has been part of the fight against invasive species in Lake George that has accomplished “a tremendous amount” over the last four years, including helping to get the state on board with the Lake George Park Commission’s mandatory inspection and decontamination program for boats trailered to the lake. That program is so successful it’s being expanded into the Adirondack Park, he added.

Mr. Hanchett, who noted that he’s had a boat on Lake George for 35 years, said the lake is largely being taken care of.

“We’ve got some great groups out there” working on lake issues, and there’s also the Jefferson Project study of the lake underway, he said. 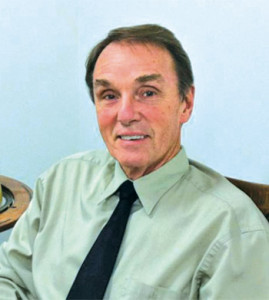 Getting back into politics in 2009, he ran for town supervisor as a Democrat and lost a close election to Republican Frank McCoy. Running as a Republican, Mr. Dickinson defeated Mr. McCoy in 2011, and ran unopposed in 2013.

At the county level, Mr. Hanchett said he would need to study the proposed solar energy deal the county is looking at, and that the proposed expansion at SUNY Adirondack also needs scrutiny.

Mr. Dickinson said the county board has reworked occupancy tax distribution so that towns have more money to promote themselves, and is looking at overhauling the tourism department.

Lake George town supervisors currently serve two-year terms. Mr. Dickinson said he wants to change the position to a four-year term. He said it’s a long process and that he expects he would no longer be supervisor by the time it could be achieved.