In 1978, what Ed Bartholomew said on his first day as GF Mayor 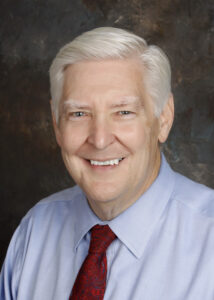 The whole ‘Celebration of Life’ memorial service for Ed Bartholomew at Christ Church United Methodist last Wednesday, Sept. 16, was inspired and inspiring, but my favorite part was Ed’s own words.

Ed, who was now economic development czar of EDC Warren County, died of heart disease on July 21 at the age of 70.

Mr. Hall read from the minutes:

“Mr. Bartholomew [who was 28 years old] stated that his administration is prepared to work 24 hours a day for the city of Glens Falls. He pledged full cooperation and support with the Common Council, the department heads, City employees and the citizens of Glens Falls.

“Just because this is a new administration does not mean that the current problems will disappear. They will continue to exist. What we have to do is make a determined effort to meet these problems head-on, to publicly debate the issues and render decisions.

“We must be open to the critics as well as those who support us. Glens Falls, New York — to some people just another city, one of 62 in the State of New York and just one of many i the Country. But to myself and others it represents “Hometown, U.S.A.” where I grew up, attended school and where many of you did the same and many people moved in to the City of Glens Fallsl because of the community.

“The Mayor and City Council cannot call upon the public, business and community leaders to challenge, to sacrifice, without first this City Administration setting the tone and setting the example.

Mark Frost notes: As I left the memorial service, I was struck by so much of the region’s leadership — government, business, not-for-profit — attended the invitation-only, coronavirus-limited event.

The service worked as a short course in Ed Bartholomew’s leadership approach — genuinely non-partisan and altruistic — a reminder and challenge for the people in attendance. What came to my mind was something the late Dan “Dango” Johnson told me. Dango was the Ward One councilman when Ed was mayor. I believe Dan was also the city Democratic chairman. Ed was Republican. Dan told me that at the start of each year, Ed would meet with each councilman and ask what he or she most wanted to accomplish that year. “Then Ed would try to make it happen,” Dan said.

Share
Previous Myott: There will be a South High Marathon Dance ‘in some form’
Next To merge or not to merge? FE, SGF schools face decision