Ice Castles will have new features when it returns to Lake George this winter.

The “expanded and enhanced experience” will feature “an ice bar, whimsical winter characters for meet-and-greets, and new light features….So there will be something new for both adults and kids alike,” said publicist Melissa Smuzynski.

“We are still finalizing plans for the new experiences,” Ms. Smuzynski said in an email conversation with The Chronicle, “but we are thrilled to be returning this winter for a second season in Lake George and are keeping our fingers crossed for a COLD and fun winter!”

The debut Ice Castles last winter drew thousands of people to the Festival Space at Charles R. Wood Park. It was credited as a huge boost to area tourism.

Ice Castles hopes to be allowed to pull more water from Lake George this year, so it can build bigger, new Warren County Tourism director Al Snow tells The Chronicle. He said they expect heftier ice structures will be less susceptible to early melting from warm spells or rain, as experienced last year.

When it’s over, the melted ice water returns to the lake. It’s unaltered, not treated with chemicals or colorants, organizers said last year.

Ice Castles is expected to open in January 2023 and continue through February or early March, depending on weather.

The build-out begins as soon as it is consistently cold enough to make and maintain ice, likely in December.

The Ice Castle typically covers about an acre and weighs more than 25 million pounds, said designers. 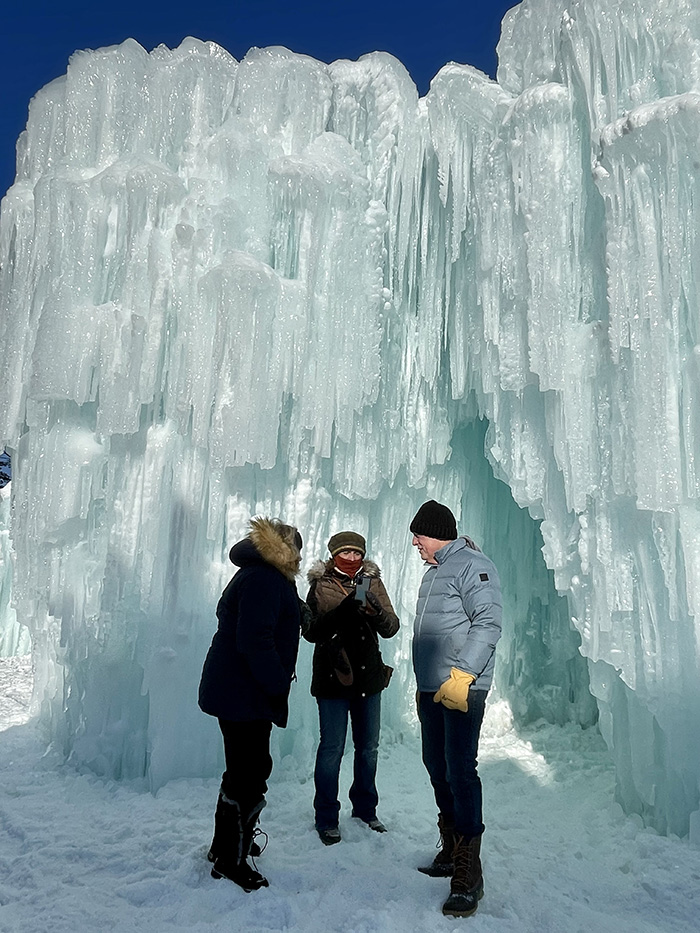