Flush with $100 in Chronicle cash, I went to the new Rivers Casino in Schenectady on Saturday morning.

I’m not a big casino guy, but I have been known to play a hand or two of blackjack. And after a smooth trip south with co-worker Ed “Fancy Pants” Deso in his sleek 2006 black Mercedes, I headed right for the gaming tables.

It was 8 a.m., but there were only six blackjack tables open. All but one required bets of at least $25.

The first hand didn’t go so well. I busted when the dealer showed a 10 and turned over another face card.

I won the second hand.

I got blackjack on the third hand. 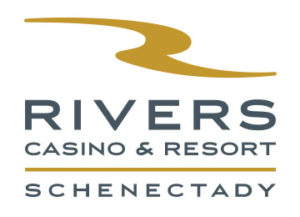 I was thinking early retirement, a life of leisure, easy street.

Not so fast, blackjack breath.

I lost the next four hands. The six-deck card shoe was crushing the card shark. In Vegas or Atlantic City or Turning Stone, I would have quickly moved to another table. You just can’t fight a hot shoe.

In Schenectady, that noted gambling (oops, gaming) hotbed, I didn’t have that option.

There were more slots options than Carter has little liver pills (which many patrons seemed to need, by the way), but the blackjack seats were less prevalent.

I took a break and shuffled to the rest room. It was clean, unlike the casino floor, which was a mess.

The carpet is cheap and shedding, and there was garbage everywhere underfoot. Good thing I had hiking boots on. (With the $3-million profit the casino says it made in the first four days of operation, I strongly suggest they buy a few more vacuum cleaners. You know, the ones that actually suction things up.)

Refreshed, I sat down again at the same table, and put another $75 on the felt.

The shoe was still dealer friendly. (Again, if I had more options, or all day to wait, I would have waited.) The dude was pulling cards for four-card 21s, had three blackjacks in a row, and generally was illustrating why it’s really hard to win any money at a casino.

Six hands later, I was out. Busted. Broke. Bummed.

Fancy Pants, meanwhile, was still alive. Starting with $200, he hovered at break-even for much of an hour as the guy next to him lost the equivalent of a used Hyundai in a blink of an eye. (He rallied before we left, winning $625 on one hand, but that was after he had relieved his wallet of at least $2,500 in crisp $100 bills, changing $500!)

My colleague ended up winning $7.50, which I considered a huge victory. He cashed in his chips and we were crossing the Mohawk River by 10:30.

My overall impressions? Rivers Casino is small, with tons of slot machines (which saw $23-million bet in the first four days).

It wasn’t overly clean. The security guards were very friendly. The pit bosses seemed stressed. The dealers I saw were inexperienced, and some of them couldn’t count very well.

Add in the fact that I dropped $150 in about 20 minutes, and it was a forgettable experience.

I’m glad I went. I might go again. But I wouldn’t bet the house on it.

Share
Previous Our February 23 issue
Next Alice Harris gift of 107 acres a boon to hiking up Potash Mtn.