I wasn’t planning on watching Escape At Dannemora, the Ben Stiller’s Showtime mini-series about the 2015 escape of two convicted murderers from maximum-security Clinton Correctional Facility.

But then I read several reviews praising the seven-part series, and I discovered last Sunday that I was getting Showtime for free as a trial from DirecTV.

I watched the first episode Sunday night. Then when I found out my free trial was over, I quickly added Showtime to my DirecTV package so I could watch episode two! It’s riveting and fascinating television.

The first episode sets things up, and includes plenty of real-life footage from the village of Dannemora in northern New York’s Clinton County, where the 174-year-old prison dominates the main street. 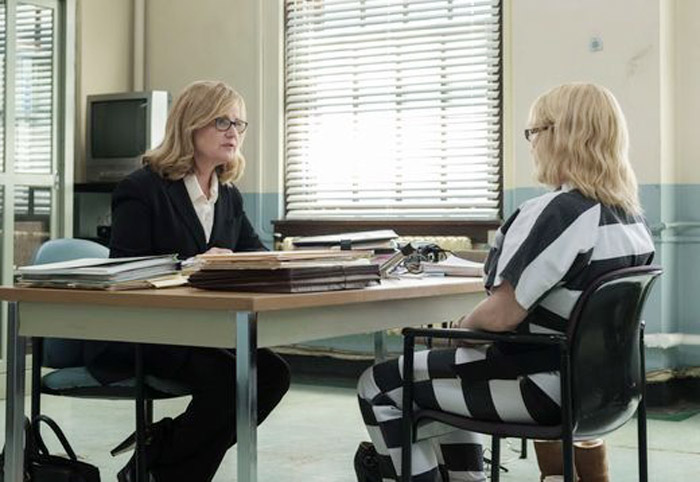 At one point, she says, “I didn’t do anything wrong. Well, not really wrong.” Knowing, of course, that she had done something very wrong when she befriended and had intimate relationships with eventual escapees David Sweat, played by Paul Dano, and Richard Matt, played by Benecio Del Toro.

Much of the Brett Johnson and Michael Tolkin screenplay is based on the Inspector General’s 150-page report, and cleverly exposes the delicate prison balance between right and wrong that inmates and correctional officers experience every day.

It’s a different world with different rules, and the mini-series realistically, if not graphically and violently, captures the give-and-take of protocol within the ancient prison’s walls.

Director Stiller says a complacency “grew out of how old the place was.”

Guard Gene Palmer, who like Joyce Mitchell is now in prison for their role in the prison break, is portrayed crisply by David Morse, a familiar face who was in another prison flick, The Green Mile.

The second episode sets the stage for the escape, showing how inmate Matt first got a glimpse of the narrow catwalk behind the cellblock (corrections officer Palmer let him hide there during a sweep of the prison cells), setting his mind in motion.

After Sweat is removed from Tilly’s tailor shop (someone squealed, noticing their “quickie” rendezvous in the back room), Matt seduces Tilly, who is ripe for the picking. The episode ends with Tilly and Matt in the same back room, lustily plotting the next steps in the surreal prison break that captivated the nation.

I’ll be watching the five episodes to come!