By Mark Frost, Chronicle Editor
Many people that The Post-Star decides it will ruin shrink from …

Many people that The Post-Star decides it will ruin shrink from the chain daily’s onslaught. Glens Falls Hospital CEO Dianne Shugrue isn’t one of them.

Someone told her she’s “one tough cookie,” she mentioned Tuesday, when we had our fourth conversation in recent weeks — and when I took the photo at the right.

The Post-Star wants Ms. Shugrue’s scalp on its belt. It has decided she is bad, a wrongdoer. For the past month it has attacked her and her stewardship of the hospital relentlessly. It marshals the evidence that bolsters its conclusion. There’s no grey; it’s black and white. Newspaper is good; person it criticizes, bad. Each “news” article reads like another plank in the indictment. The daily sees itself not just as prosecutor but as judge, jury and executioner.

But while the narrative has swayed the opinion of many, it has not shaken Ms. Shagrue’s determination nor, apparently, the board’s faith in her.

In a letter to hospital employees last week, its chairman Bill Powers wrote, “Today, The Post-Star called members of our Board of Governors to ask whether it was true that President and CEO Dianne Shugrue was resigning or was being fired. Neither is true….I want you to know Dianne Shugrue is not leaving Glens Falls Hospital. She is not resigning. She is not being terminated.

“She and her team are fully engaged in meeting the hospital’s challenges…She is an experienced hand in turbulent times…We are fortunate to have her and each of our 2,700 employees and more than 300 affiliated physicians who together make Glens Falls Hospital the indispensable community gem that it is. They are working tirelessly and part of the solution every single day. Sadly, it seems, our community is not so fortunate when it comes to the daily newspaper.”

So, boiled down, what should we make of The Post-Star’s case? The narrative is that the hospital concealed a $38-million loss it suffered in 2016 when the billing system it bought from Cerner initially didn’t work. The narrative is that the hospital now seeks to bury its misdeed forever by claiming that its finances falter not through fault of its own, but because its patient pool is largely old and poor, Medicare and Medicaid reimbursements are inadequate, competitors are skimming the best-paying customers, the health care system overall is careening toward a breakdown, etc., etc. 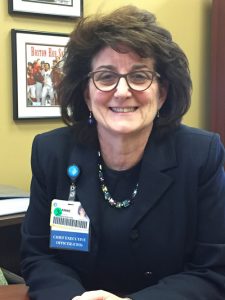 But is The Post-Star claiming that Ms. Shugrue or her cohorts stole the hospital’s money? Not at this point.

So let’s damp down a little the daily’s rush to “off with their heads.”

Did the hospital purposely downplay its accounting issues? Ms. Shugrue insists that by the time The Post-Star made it a controversy, the hospital and Cerner had settled. It was “in the rearview mirror.”

When details were understandably demanded, the hospital was handcuffed, because the settlement is confidential — as such settlements usually are. We don’t know how much of that $38-million loss it has recouped or will in the future.

When Ms. Shugrue invited people it viewed as community leaders to a Feb. 28 public forum (“elitist,” by Post-Star faux populism standards), should she have acknowledged the software loss? Had I been in her shoes, I would have. But my world is steeped in public perceptions. She’s a former nurse whose world is health care.

The Post-Star would have you believe the hospital is pretty much chugging along profitably, and that Ms. Shugrue and her cronies cite external financial challenges only to distract from their own malfeasance.

But is there any doubt that American health care is zooming out of control? Deductibles are so high that even people with private insurance forgo treatment. The push is on to shunt people away from hospitals. Competition is intensifying. The hospital lacks government advantages that, for instance, allow Hudson Headwaters not to have to buy malpractice insurance for its physicians.

The Post-Star narrative is that Ms. Shugrue rakes in the dough while claiming our hospital is impoverished. Its 990 IRS form for 2016 shows that she was paid $633,797, as we understand it, plus $10,945 “other compensation.” Doesn’t seem to me excessive for running a corporation that employs 2,700 people. Ms. Shugrue’s husband is CEO of the considerably smaller Nathan Littauer Hospital in Gloversville. His pay, as we read it, was $708,732 plus $83,847! Maybe Ms. Shugrue’s underpaid!

Questions need asking, but The Post-Star only listens to answers that confirm its presumption. No wonder the hospital has given up on it. Ms. Shugrue hasn’t given up on the hospital or this community. She’s a tough cookie.