Gansevoort search leads to seizure of nearly 10 oz of Cocaine, over $4,000

Saratoga County Sheriff announced on its Facebook page that on December 1, its Narcotics Unit arrested Isaiah J. Whitehurst after executing a search warrant at 8 Second Street, Gansevoort. The release added, “Mr. Whitehurst is currently on parole in NYS for attempted murder.” 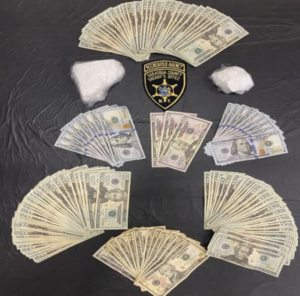 The search warrant led “to Narcotics Arrests & seizure of nearly 10 ounces of Cocaine and over $4,000 US currency,” the Sheriff’s release said.

The Sheriff’s Facebook post said two people were arrested, the other was not named. Charges were not specified.

The release said, “These arrests are a result of a lengthy investigation into the drug trafficking, drug use and continuous complaints of drug activity occurring at 8 Second Street, in the Town of Northumberland.”

“The Sheriff’s Office hopes the arrests offers a relief to the surrounding area who have been plagued by the illegal activities occuring at the incident location,” the Sheriff’s office added.