Even before the City of Glens Falls has completed its purchase of the 6.01-acre former Glens Falls Tennis & Swim Club, it is eyeing possible expansion of the envisioned environmental park by 20 acres.

The Common Council voted unanimously on Sept. 25 to buy the club property for $35,000 from Warren County, which took it over after the club shut down.

The land on East Sanford Street straddles the Glens Falls-Queensbury border. Nearly four of the acres is wetland.

Mayor Dan Hall said Dr. William Brender, who owns 28.06 acres of adjacent property, has told him he might be willing to donate some it. “And his property adjoins property owned by Warren County, so there is a possibility for a really unique area,” Mayor Hall said.

Contacted for comment, Dr. Brender said he has lived on East Sanford Street for 30 years and slowly bought up much of the property once owned by the late artist Douglass Crockwell and his wife Margaret.

“For years I’ve wanted to build a wetlands park similar to one I visited in Hong Kong that teaches the importance of wetlands and shows children the value of our link to nature,” Dr. Brender said.

He said he’s willing to donate about 20 acres of the land he owns, much of it classified Class I Wetlands by the state Department of Environmental Conservation.

“And I’d like to put in a turtle beach, with sand and stone, near the road, where turtles would come and lay their eggs and people could come by and see them,” he said. “It would be a tourist attraction of sorts!” He said eventually he’d like to donate all of his land off East Sanford Street to connect with his Quarry House Retreat on Platt Street “and turn it into one big huge beautiful wildlife reserve.”

Glens Falls is working with Warren County Soil & Water to devise a plan for the Tennis & Swim Club property.

“The folks from Soil & Water have taken it on as a project for 2019,” Mayor Hall told The Chronicle Monday. “They will help with permits and funding.”

The Mayor said, “We want to get input from the public on what to do there. We could have nature trails, natural flower gardens, a nice passive recreation area.”

He said he’s hoping to put together an ad hoc committee of residents and volunteers to help plan the park’s future.

Soil & Water’s Jim Lieberum wrote in a Sept. 18 letter to the mayor, “We do suggest creating New York native flower gardens throughout the property for education, pollinators, hummingbirds, etc.

“Any of these gardens would need to be maintained to prevent phragmites [an aggressive wetland grass] and other non-native species [Oriental Bittersweet] from establishing themselves.

“In addition to the gardens, educational signage could be created to provide information about wetlands and their values, plans and animals in the area, along with historic and cultural information. Wildlife nesting boxes (i.e. bat houses, bird houses, wood duck boxes, turtle logs, etc.) could be installed and are very simple to do.

“…The combined properties have tremendous potential for use as an education resource for community members, visitors, and schools to learn about the importance of wetlands and all they encompass.” 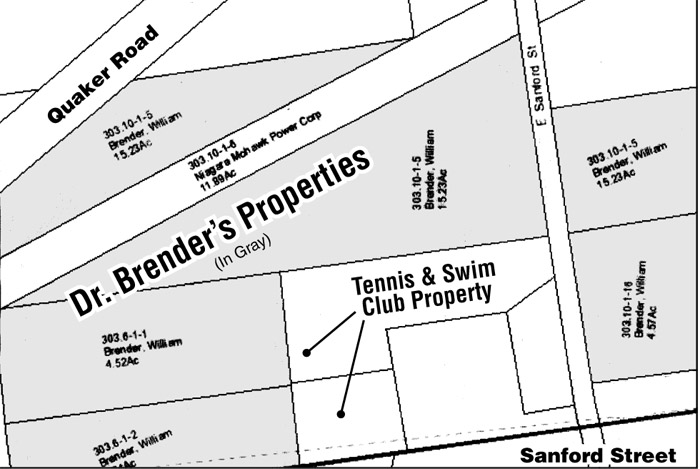 Group aims to save some tennis courts

Local tennis enthusiasts hope to save and reopen some of the clay courts that will come with the City of Glens Falls’s purchase of the defunct Tennis & Swim Club on East Sanford Street.

Mr. Schachner told The Chronicle he is part of a “substantial group of tennis enthusiasts in this community, most of whom are over 60, who are really anxious to keep playing tennis on clay courts. We see this as an opportunity for the City to fill a need or a niche…and we’d like to see at least four courts restored.”

Mayor Hall said the Warren County Soil & Water District, which is advising the city, looked at the courts and they “think two are salvageable.”

Mr. Schachner said his group has at least 30 people and plans to meet with the City and Common Council to propose a budget-neutral maintenance schedule. “We are very, very hopeful that clay court tennis will be part of the plans,” he said.

Share
Previous ‘Taste’ by the numbers
Next Dunham’s Bay Marina sold to O’Haras, who have Freedom Boat Club biz