In 1984 it was listed on the National Register of Historic Places, but Dr. Ferguson’s long-ago office building at 5 Culvert Street in Glens Falls, just off Warren Street, was doomed in 2017.

The City of Glens Falls, which took ownership in 2014 for non-payment of taxes, wanted to seek bids to demolish it. A wall had given way, the interior was gutted, the building seemed about to collapse.

But a little outcry arose (triggered in part by downtown redeveloper Eric Unkauf, seen in left photo with beard) calling for preservation of the tiny (800 square-foot) Second Empire-style building that dates approximately to 1870.

Adirondack Architectural Heritage’s Mary Cirbus put the word out of its plight, which is how Saratoga engineer/builder Darren Tracy got wind of it.

Winter was coming. The mayor and Common Council were hot to pull the trigger. Mr. Tracy jumped in with both feet.

“My wife and I have extensive experience renovating older buildings over the last 25 years. We have renovated condemned buildings, one of which we personally listed on the National Register of Historic Places — Hubbard Hall, Elizabethtown, NY,” Mr. Tracy wrote to the Common Council.

“I’m pretty certain that we can pull this off,” Mr. Tracy told Mayor Diamond and Council members the next week in person. The City sold Mr. Tracy the building for $1.

He immediately erected a platform over the entire building to keep out the water and snow and prevent possible collapse. It was five months before the start of the rebuild, which took more than a year.

Mr. Tracy says “the extent of the deterioration” made the restoration a greater challenge.

“It’s not that buildings were built better back then,” he says. “In many ways they weren’t” except for the finish details.

“We gutted everything and worked from the bottom up.” He said a restoration is basically a matter of “time and money.”

He’s done one historic restoration after another. He said he’s currently doing one on Lark Street in Albany. What drives Mr. Tracy? “It has to do with, basically, your limited time on this Earth. It’s a tie to the past. It will be around when you’re gone.”

5 Culvert has new plumbing, heating, wiring, flooring, but Mr. Tracy says care is taken to preserve key historic elements that in turn enable him to claim federal and state historic tax credits. He was aware the building is on the National Register. “Without that we would not have proceeded.”

The tiny two-story house is now ready to lease. Mr. Tracy wasn’t specifying the rent beyond saying “it will be what the market will bear.” He notes, “My wife is a Realtor.”

If interested, he said, “Google West Branch Engineering,” his company. 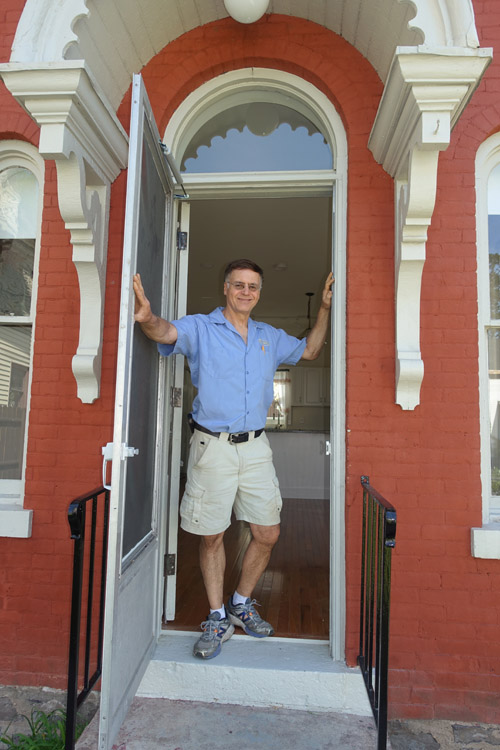 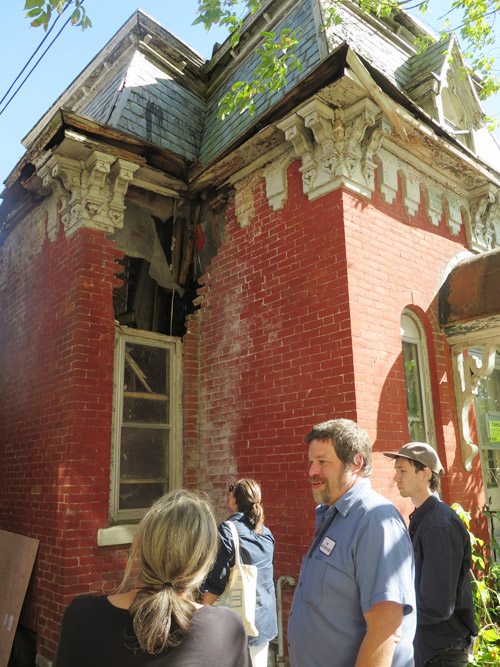 Share
Previous Jim LaFarr: I was shocked at big primary win, but ‘there’s still a lot of work to do’
Next Our July 11 issue