Campaign signs are already up for Linda Clark and Lisa Doster as they challenge for Lake George School Board seats in the May 17 election.

Three seats are up for election.

Incumbent Maryanne MacKenzie, is seeking reelection, but Linda ‘Lin’ King and Melissa Seale are not.

Elementary parent and business owner Chris Picard announced on Facebook that he is running for school board, too.

Petitions are not due until April 18.

Ms. Clark and Ms. Doster are running as a team. They became active at school board meetings this last year over issues including sports team mergers, the district’s Warrior logo, and plans to bring Diversity, Equity and Inclusion — DEI — programs to the school.

“We’re friends and neighbors on Glen Lake,” which is in the Lake George School District, the women told The Chronicle in a joint interview.

Ms. Doster, a cosmetologist with many family and business involvements, has two children in the middle and high school.

“I am very well trained in how to protect teachers and I believe in fair labor practice,” she said. Her two children graduated from Lake George “many years ago.”

Ms. Doster said, “I’m running personally to inspire a safe and healthy learning environment that allows parents the right and voice in their children’s education process.”

She got involved last summer when parents were “blindsided,” she said, over a plan to merge football programs with Corinth. With parent input, the district instead merged with Warrensburg, “a better fit,” she believes.

“We love the school district,” both women said, but Ms. Clark adds, “We see changes nationally and we want to make sure we are not going in that same direction.”

Both women joined the board’s ad hoc committee to form a Diversity, Equity and Inclusion plan. “We don’t feel DEI is necessary in our district, but we want a voice in how it is created, so we are participating,” Ms. Clark says.

“DEI is not mandated by the state,” she says. “We are confused as to why Lake George thinks we need it.”

“The board couldn’t answer us,” Ms. Doster said. “What bias is in the district to bring forth a policy like this? The question still goes unanswered.”

“I did a lot of research,” Ms. Clark said, which she says links DEI to what’s known as Critical Race Theory, or CRT, “a big concern across the country.”

“It’s got a whole bunch of components having to do with racial issues. It’s not Lake George,” Ms. Clark says. “There aren’t these issues in Lake George.”

“A ton of policies we already have kind of encompass this,” Ms. Doster says. “There are state laws on disability, civil rights. We don’t need another policy. Maybe an affirmation, maybe recognizing and doing more with social emotional learning.”

“The school board told us it is an affirmation,” Ms. Clark said, “but the draft just came out and — it’s a new policy. There’s a lot of vagueness that could go in a lot of different directions.

“DEI is a wolf in sheep’s clothing, a utopian presentation but it becomes a totally different beast.”

The women say they seek transparency, and parents’ voice in the process, “and in their children’s education.”

“Everything in moderation,” Ms. Clark says. “Race, gender, religion…You can’t judge a book from its cover. We all come from different and unique backgrounds and no one can point at something that is right or wrong about any.”

Meanwhile, looking at the school’s Warrior logo of a Native American Indian head, they said the school board “followed community desire,” when they designated it a “heritage logo.”

They also observe the Indian head logo is not being used on some school apparel, and it was removed from the gym floor.

“Why not present that symbol as a teachable moment,” Ms. Clark suggests. “What it means, how Native Americans impacted the community. That’s different than running around in the auditorium with a tomahawk screaming and yelling…Every student at every level should be understanding of that logo and what it means.”

“It comes down to respect,” Ms. Doster says.

Lin King’s view as she steps down

Mrs. King, who is stepping down from her school board seat, told The Chronicle, “We have just successfully completed a comprehensive, inclusive search for a new superintendent and I feel it is time to have some fresh eyes on our very competent board.”

She said, “I am remaining on the WSWHE BOCES board. So I will remain involved in public education.” 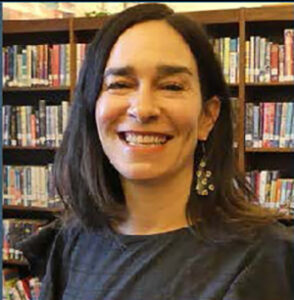 “My focus has been on assuring sound policies and processes, systems and structures that guide the district toward best outcomes and ensure that all stakeholders have agency as they navigate the school experience.”

As chair of the policy committee, she said they “engaged a large group of Lake George stakeholders,” by creating the ad hoc committee to develop a DEI policy “that is just right for Lake George Schools… in ensuring that everyone experiences being welcome, important and valued in our schools.”

She said, “We are still in process with this incredibly meaningful experience.”

Ms. MacKenzie says, “I have actively worked to create a welcoming and safe environment for anyone wishing to express themselves.”

“I genuinely care about every person I interact with or am in front of. I am objective and fair-minded and seek always to serve and support with integrity and in the most positive and collaborative ways possible. It is rewarding to welcome voices to the table.”

She said she also headed up efforts to refine district hiring policies and other guidelines.

“We have demonstrated responsiveness to this by encouraging and welcoming dialogue on this topic, as well as openness to differing perspectives and opinions.” —Cathy DeDe

Candidate Chris Picard: Impact on his child; add male voice to board

Elementary parent and business owner Chris Picard announced on Facebook that he is running for the Lake George School Board. 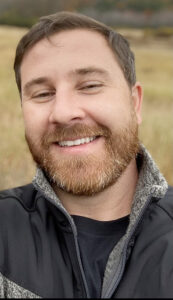 He tells The Chronicle he got interested in the school board during Covid. “I think Lake George did well but there were a lot of inconsistencies,” particularly, he said, as the parent of a daughter with ADHD. “I saw how her education has regressed.”

At a board meeting last summer, when questions had to be submitted in writing, he said he and his wife felt “not heard.”

“It seems the school board has gone rogue and parental input is not there. Everyone on the board seems to have the same mind-set.”

Mr. Picard notes, “There are no men on the board. That’s not huge, but it would seem good to have at least one male.”

He said, “I have a construction background, so I would like to focus on building and grounds. I own several businesses. I’d like to work on the budget, and making sure students have access to skilled trade programs like BOCES.

“Lastly, I’d want to work on improving communication and respect, bring it back to the stakeholders. I wouldn’t have run if I didn’t feel I was not heard. I’m not right, I’m not left. I’m middle.”

Of Diversity, Equity and Inclusion initiatives, he said, “These conversations need to be had. It needs to be balanced.” —Cathy DeDe

Rachel Seeber weighs in for Lisa Clark, Lisa Doster: they all downplay it

Queensbury At Large County Supervisor Rachel Seeber weighed in on behalf of Linda Clark and Lisa Doster on her “Team Seeber” web page.

“For my friends in the Lake George school district — here are two strong, independent, educated and intelligent, results-driven candidates to vote for! Best of luck to Lisa Doster and Linda Clark,” wrote Ms. Seeber, adding the hashtag “womensupportingwomen.”

Ms. Doster and Ms. Clark downplayed the comment, as did Ms. Seeber.

Ms. Doster said, “I’m a people person with a lot of friends,” adding, with Ms. Clark, “We haven’t been endorsed by anyone.”

Ms. Seeber deferred, “I don’t see how anything I would have to say would be relevant in a town I don’t live in or a race that I am not involved in.”