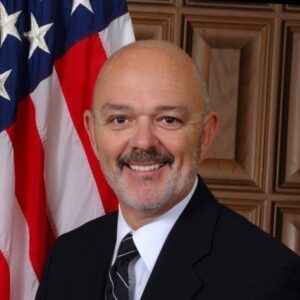 Last Friday afternoon, the Warren County Board hired a new County Administrator, John Taflan, at a salary of $120,000.

He succeeds Ryan Moore, who left to become CEO of Behan Communications.

Kevin Geraghty, the Warrensburg Supervisor who chairs the county board, told The Chronicle on Monday that three applicants were considered.

He said Mr. Taflan had “applied once before…while he was still working for the NSA [National Security Agency]…and I think…the board was more comfortable and felt that he was the best choice.”

A Linkedin profile for Mr. Taflan said he spent roughly 10 years with the National Security Agency, where he “Transformed NSA by designing and implementing NSA’s new $5.5 Billion high-tech campus which will house 20,000 NSA employees.”

It also said that he “managed an annual $1.5 Billion budget and 3500+ employees to support NSA global operations.”