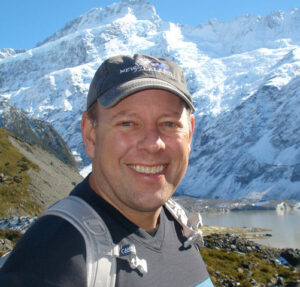 Last summer EDC Warren County board member Jim Siplon stepped in as interim CEO of the economic development corporation after the unexpected death of its long-time president Ed Bartholomew.

“Since July, our board has seen firsthand how he energizes people, marshals resources and catalyzes progress through public-private partnerships,” EDC board chair Matt Fuller was quoted in the press release announcing the appointment.

“Our board concluded that we are fortunate to have in Jim Siplon a uniquely talented and insightful individual leading our economic development efforts at a moment of particular challenge and emerging opportunity.”

Mr. Siplon came to Glens Falls as Chief Operating Officer of then start-up Just Beverage. He said he retired last year. “Since I got here, I really fell in love with the area. I hoped I could do more for the whole region. I had imagined I might run for office. When I left Just, I was trying to figure out ways to get involved, and then events played out as they did.”

Has he put a new stamp on the EDC?

Mr. Siplon says “it’s more that events of the day…causing us to quickly and nimbly as we could, reorganize and accelerate certain things happening.

“You have the relocation of workers, workplaces decentralizing as more people work remotely. That has been going on for years, but the speed at which it accelerated with Covid is unprecedented.”

“The same is true for the resources everybody needs to sustain progress.

Mr. Siplon says, “Economic development is less about chasing big companies and recognizing, sometimes it’s the one or two people operating out of a loft in Brooklyn, how to attract them to come here. We need to be investing in things that have been outside the realm of traditional economic development, such as broadband” Internet access.

It’s now “a lifeline that is fundamental,” he says, for connecting students to schools, for telehealth and for remote workers.

“Funding is increasingly coming from federal rather than state government,” Mr. Siplon says. He says such resources are more easily pursued on a regional basis, rather than “town by town.”

He calls Warren County’s collaborative approach to the coronavirus pandemic “the magic sauce that made the difference for Lake George and this region.”

Businesses and government entities “set egos aside,” he says, “and said let’s do this for everyone’s mutual benefit. That is not what you saw in all communities.”

He says Warren County is part of an Adirondack working group advocating not only for broadband funding, but on such issues as combatting current Department of Transportation fees to lay wire on state-owned highways that he says are cited by providers as a prohibitive cost.

Mr. Siplon says attracting large and small businesses has much to do with maintaining a presence on social media such as LinkedIn and Instagram.

He said he kept the EDC budget request from Warren County flat for 2021, and took a cut from the City funding, relying on reserve funds to pay for the new positions.

In the long term, Mr. Siplon said he aims to increase membership and develop other sources of income to grow the budget. He said the 2021 budget is about $500,000.

Mr. Siplon said he aims to attract businesses focused on clean tech and clean energy. “The majority of our surface area is being the Blue Line (of the Adirondack Park). It’s how people think of this area.”

One change from his predecessor, where former Glens Falls Mayor Mr. Bartholomew was deeply involved in the state-funded $10 million Downtown Revitalization Initiative, Mr. Siplon has stepped back.

He says now that Glens Falls is to begin putting that funding to use, the EDC will have a support role but leave the project to the City and to its newly named Economic Development Advisor Jeff Flagg.