The invasive insect Hemlock Woolly Adelgid was found Thursday on several trees at the south end of Dome Island on Lake George. The island, a lake landmark south of the Sagamore, is owned and permanently protected by the Nature Conservancy.

Forest entomologist Mark Whitmore from Cornell led the team that identified the HWA infestation from the tell-tale cottonlike fluff on the underside of hemlock needles. The Chronicle accompanied the researchers.

Mr. Whitmore urged “getting these big trees treated so they don’t pump out progeny.”

Mr. Whitmore expressed concern that where the trees are situated — at the end of an island in the middle of the lake — lends itself to wind impact that he said could hasten dispersal of the insect to other areas.

“Up there it’s just like holding it up like a dandelion. All those seeds are gonna go.”

The white cottony substance seen on the back of the needles of the affected trees is residue of previous seasons, Mr. Whitmore said. He said HWA will start producing it again shortly. “They become much more visible in January.”

The infestation found on Dome Island is of long-standing — five years or more — said Mr. Whitmore. They can trace the needles’ growth year by year and thus, where there’s residue, the HWA presence as well.

He said the thought is that the Dome Island HWA precedes the outbreak found in 2017 on Prospect Mountain.

Mr. Whitmore was talking on his cell phone on the island shortly after the HWA discovery. He spoke with a contact at the New York State Department of Environmental Conservation and to Jamie Brown, executive director of the Lake George Land Conservancy, a partner in the effort to stave off the bug around Lake George.

Mr. Whitmore said he’s always looking to build public awareness. “Hemlocks are important,” he said. “People are beginning to realize what it would be like if they were to disappear.”

Hemlocks are said to comprise 80 percent of the trees around Lake George.

Mr. Whitmore was looking to mobilize immediate action to kill the HWA on Dome Island. He spoke of hoping to apply the approved insecticides within two weeks — one that’s fast acting and the other that is effective over a period of several years.

He said that what’s key is to “kill the spring generation of egg laying” by the bug.

Mr. Whitmore, DEC and other partners are already treating the hemlocks on 250 acres, from Shelving Rock north to Black Mountain, that were discovered this summer to be infested with HWA.

Mr. Whitmore voiced optimism that Dome’s hemlocks on the south end of the island can be treated effectively and that the hemlocks elsewhere on the island weren’t found to be infested.

Dome Island has the highest elevation of any island on the lake, rising to 100 feet.

An inventory counted 4,300 trees on the island with a diameter of four inches or more. 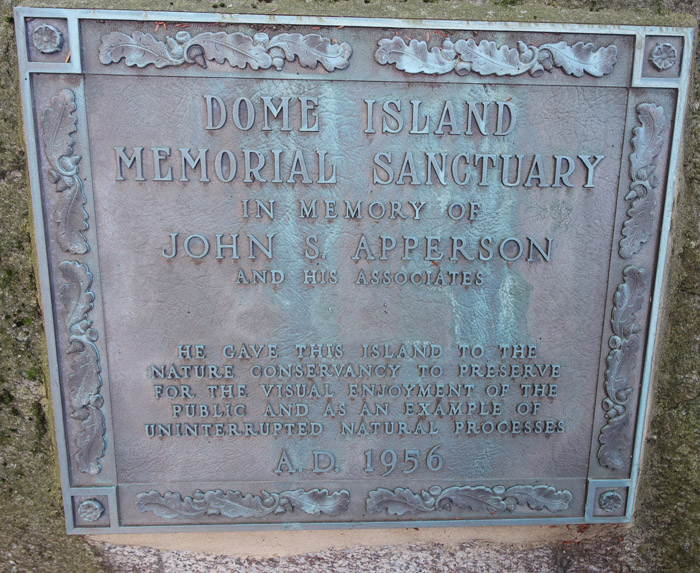 Share
Previous Warren County: The race for judge
Next Our October 22 front page