Fort Wiliiam Henry carriage house in redo as event venue, opening in May 2023

“When it opens in May 2023, The Carriage House, with soaring ceilings, post and beam construction and a wraparound deck overlooking Lake George, will accommodate 460 people in theatre-style seating and more than 300 people for banquets,” said press info.

Design is by HBT Architects of Rochester. BBL Construction Services Inc. of Albany will do the renovations. 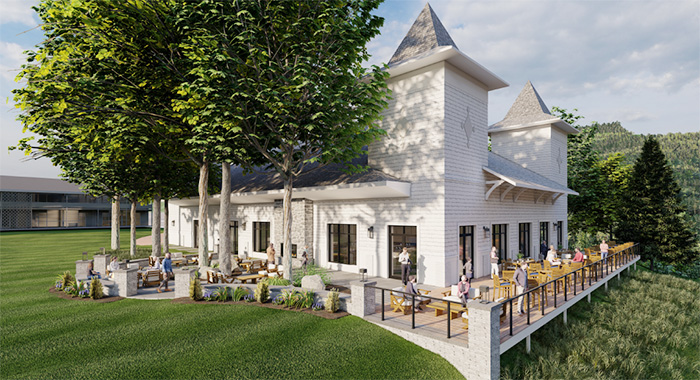 “The Carriage House will continue to host the Lake George Music Festival, stage productions and other community events,” the release added.

“The project is part of a major reinvestment in the historic 18-acre Fort William Henry, the oldest resort on Lake George.

“Fort William Henry has invested $5 million to create premium rooms and renovate the rooms and public areas of its Grand Hotel and to overhaul its hotel kitchen and bar; $3 million to transform the Carriage House, and $1 million to renovate the Conference Center.

“The resort sold its Best Western Hotel at Exit 20 in Lake George in 2021 and has been investing the $4.6 million in proceeds in the Grand Hotel and conference center on Canada Street.”

Kathryn Flacke Muncil, Fort William Henry Chairwoman and CEO, was quoted: “What we really are investing in is the extraordinary beauty of Lake George,” 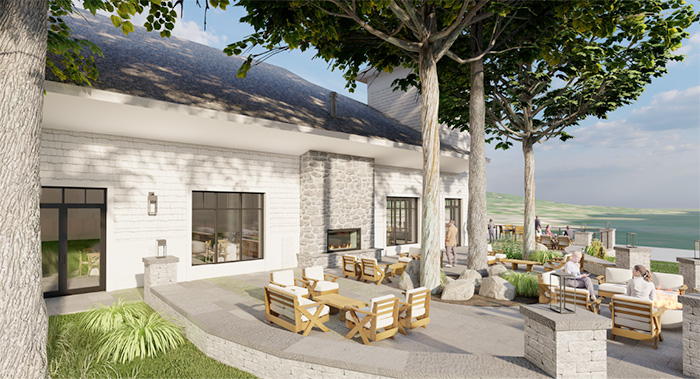 Sam Luciano, president of Fort William Henry Corp., said “customer demand for business meetings and conferences has rebounded strongly post-COVID. Larger weddings are back in style, too. Weddings already have been booked for the Carriage House for 2023 and 2024.”

“Its Carriage House sheltered the horses and carriages of visitors who reached the resort by primitive roads and, from the 1880s, by rail.

“Later, the Carriage House was used for an early car rental business that allowed visitors who arrived by train to rent cars and tour the Adirondacks.

“Over the years, the building also has housed Fort William Henry employees and equipment and, since the 1970s, under the name Towers Hall, it has served as a special event space for musicals, plays and concerts.”