It’s the Lake George tour boat that capsized and sank in 2005, killing 20 passengers.

“That is the boat that sank on Lake George…because the hard top was so heavy. That’s what caused it to capsize,” broker John Wickman, who listed the vessel, told The Chronicle. 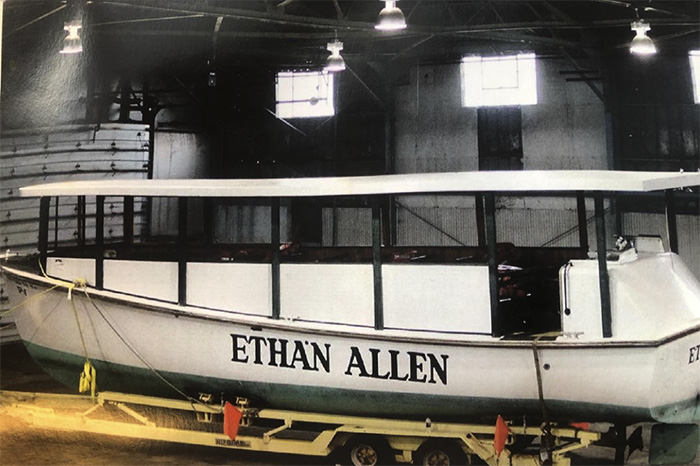 He said the boat has been redone. “They took that hardtop off of it. It’s got a new engine in it.”

Despite being for sale for six months, Mr. Wickman said this is just the second inquiry he had received.

The Chronicle asked if he thought the boat’s history might be the reason for the lack of interest.

“It could be, but again, they changed the hardtop so it’s seaworthy now. The problem was it had too heavy of a hard top on it that caused it to capsize,” he said.

Mr. Wickman said the boat’s owner is a “friend” who “buys and sells stuff, everything. That’s just what he does.”

The posting describes the boat as a 40 feet long 1964 Dyer Passenger, “Once Famous Vessel has been completely refitted, new engine, new hard top.”