Dino Roar Valley in the new Lake George Expedition Park won’t open to the public until Saturday, May 25, but The Chronicle got a sneak peek last week with John Collins, the park’s general manager, Chief Operating Officer and one of its five owners.

Dino Roar Valley — part of the former Magic Forest property — will feature 20 animatronic dinosaurs on 17 acres along a half-mile path that used to be Safari Town in The Magic Forest. 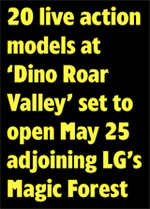 “The dinosaurs all move. Their eyes blink, their tails wag, they roar and they breathe,” said Mr. Collins. “They are educational and entertaining at the same time. That’s why we think this will be very, very successful and a nice addition to the area.”

The dinosaurs have teel infrastructure and foam rubber exteriors, and were built and put together on site by seven employees of Zigong Huilong Tang Culture & Arts Company from China.

Mr. Collins said he and his partners in Lake George Dinosaur Partners LLC have a 10-year lease to run the park, and have invested “multi-millions” of dollars. 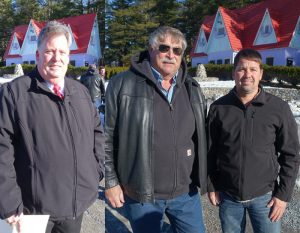 “You can hire a tour guide, or walk and read about the dinosaurs on your own,” Mr. Collins said. “There will also be carts for those with mobility issues.” 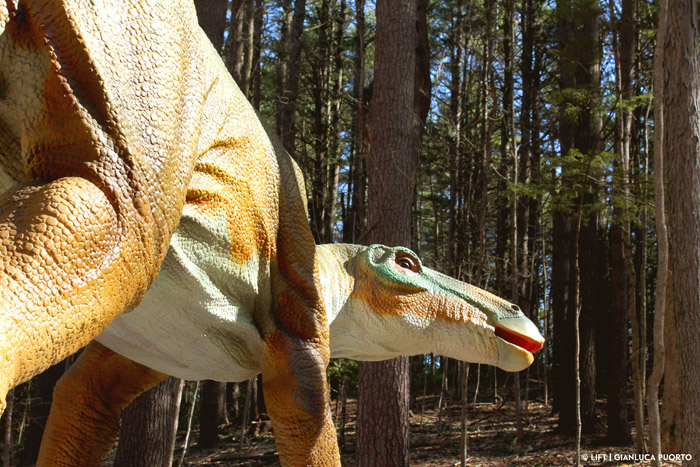 Hadrosaurus as re-created by a Chinese company, in the wooded 17-acre valley of Dino Roar Valley. Photo provided

Mr. Collins was formerly a general manager and Vice-President of The Great Escape. He most recently was involved with the Santa’s Workshop park in Wilmington near Lake Placid.

There’s also a spinosaurus, an argentinosaurus that’s 125 feet long and 25 feet tall, and the “punk rocker” of dinosaurs, an ankylosaurus with its pointy, armored exoskeleton, and a pterodactyl.

A tyrannosaurus rex faces off with its mortal enemy the stegosaurus which has orange “fins” on its back. 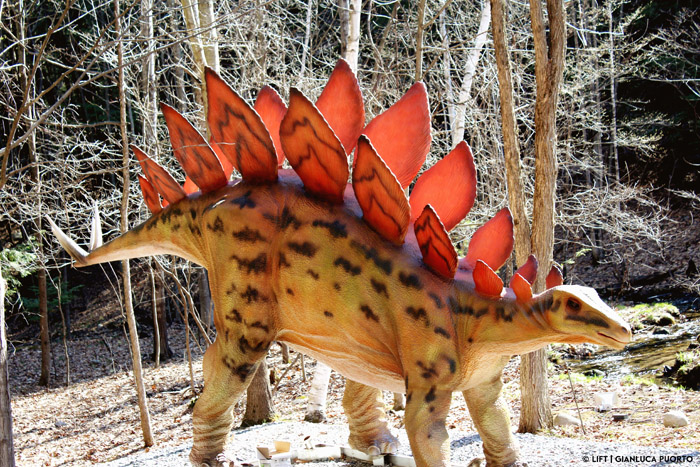