The Warren County Board of Supervisors approved the appointment of Alfred Snow as the County’s new tourism director at its meeting on Friday, Aug. 19.

Mr. Snow, a Syracuse native who is currently in central Florida, where he is the Convention, Meeting and Event Representative for Polk County Tourism and Sports Marketing, is set to begin at Warren County on September 12. 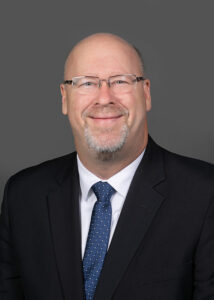 Some supervisors objected. They noted Mr. Snow was hired only after the committee paused the process and changed the job description to allow a candidate without a Bachelor’s degree to apply.

Queensbury At-Large Supervisor Rachel Seeber questioned Mr. Snow’s $90,783 salary, equal to what the previous tourism director Joanne Conley was paid after more than six years in the position and 30+ years in the department.

In a lengthy statement following the vote, Jack Diamond, the Glens Falls Ward 1 Supervisor, again questioned the hiring process in which a candidate who was “flagged” because he did not meet the minimum requirements was still allowed to advance in the first round.

Mr. Diamond also questioned if there is potential for litigation over the process.

He said an employee of the tourism department had applied and been interviewed for director but has since left to take an executive level position with State Tourism. “So she was qualified for that, but not for the County?”

“This would never have occurred under the previous Chairwoman Seeber,” Mr. Diamond said. “It feeds the public belief of the Board, an example of ‘we do what we want.’”

Gene Merlino, the Lake Luzerne Town Supervisor who chairs the County Tourism Committee, said businesses are in need of a tourism leader, “right away.”

In a previous Chronicle interview, Mr. Merlino, cited Mr. Snow’s tourism connections to Canada, and “a lot of experience” beyond a college degree. “He’s been running the same type of department for 10 years,” Mr. Merlino said.

Kathy Muncil, CEO and President of Fort William Henry Resort, urges via YouTube chat: “Please trust your business community. We need Al Snow now. He does what we need done and is proven. Please trust the tourism people who do this every day and want the best for the community.”

Queensbury At Large Supervisor Doug Beaty said via email to The Chronicle that Mr. Snow’s references had not been checked as of Friday when the Board approved his hiring, and again questioned lowering the job requirements, apparently to accommodate a preferred candidate.

“If this isn’t illegal then it is definitely unethical to say the least.”

Mr. Beaty said he was “flabbergasted” that when the tourism department in-house candidate was interviewed, a former employer was allowed to participate.

“Growing up as an outdoorsman in Central New York I spent a lot of time in the Adirondacks fishing, hiking, snowmobiling, and participating in just about every outdoor activity that I could,” Alfred Snow, newly appointed Warren County Director of Tourism, was quoted.

“I am also fond of the many personal and family trips I made to the Lake George area spending time on Million Dollar Beach, cruising the lake on the Minnie Ha-Ha, escaping the rain at the arcades, and spending countless hours at The Great Escape.

“Anytime I visited the area we always closed out our visit with a special final night dinner at Mario’s in Lake George.”

Mr. Snow, a Syracuse native currently a sales and marketing representative with Visit Central Florida, was quoted: “I am thrilled for the opportunity to work with the team in the Tourism Department, the Board of Supervisors, local businesses, and community members to continue to develop the economic engine that responsible tourism provides to Warren County.”