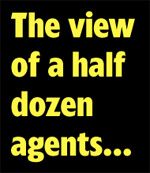 The Chronicle asked several real estate agents and brokers about the current state of the business in our region. The consensus is that the market is on fire, but the inventory of available listings is low.

Scott Newell, of Berkshire Hathaway, says the market now has the “lowest inventory relative to the absorption rate” that he’s ever seen.

At the current pace of sales, he said, there’s less than two months of inventory available. He said he has seen it as high as seven years of inventory in the past.

Mr. Newell notes that with interest rates so low on mortgages, that many people find they can buy a home for a monthly payment less than what they’re paying in rent. He also finds that people want to move from more populated areas to less populated places. He says “social distancing comes natural to us up here.”

Mr. Newell suspects part of the demand is “pent up,” because in-person showings were not allowed for months and did not resume until well into June after being suspended in March. He did have clients purchase properties based on photographs and video tours.

Is the Covid-19 pandemic affecting sales? “Absolutely,” she said. “People that have money are spending it on real estate because it is uncertain where the economy is going. A lot of deals are cash deals, without financing. Their confidence in real estate is higher than in other investments.”

Ms. Cugini Girard said her high-end listings are selling, as well as mid-range, which she describes as $325,000 and below. She says every mid-range listing is “going to multiple offers” in three days. She said she had 10 offers on one listing.

She also says that some sellers who had been considering selling their home within a few years have now put it on the market, feeling that they can maximize the selling price because of the high demand, low inventory and low interest rates.

Ms. Cugini Girard says that in the more rural areas like Washington County, the “more aggressive price point” is pushing the market. She says “you can get a nice house for $200,000.”

Ms. Cugini Girard notes that she has local clients who are buying property strictly to rent as Airbnbs. She says this isn’t allowed in Lake George Village, but there are few restrictions elsewhere.

He says he had a new listing last week and had 16 showings within two days, and that he has had up to six parties bidding on one house. He sees numerous cash offers.

Mr. Van Aernem says he receives many inquiries from people out of the area looking to relocate, and second home buyers.

He said Hudson Falls used to be a blue-collar town with many local jobs. He said those jobs are gone, but a lot of private investment downtown and improvements such as the Strand Theater renovation have made it an attractive community for people to live and raise their families.

“There are a lot of people around that are working very hard to revive local small towns like Hudson Falls and Glens Falls,” he said. “They’re not sitting around waiting for grants.”

Mr. Van Aernem said he sees more people moving in and commuting to Albany each day for work, for example.

Julie Snyder of Howard Hanna Real Estate Services, says that even when agents were not allowed to show properties early on in the pandemic, she actually had people buying properties “sight unseen,” based on photographs and videos.

She said there is very little inventory, and her listings usually go under contract within a couple of days.

Ms. Snyder said she is “seeing a lot of people moving up here from downstate, and a lot of out-of-the-area second home buyers.”

She said she has had a number of listings sell for over the asking price and that she has clients who have moved into their second homes for the “whole pandemic.”

She urges working with an agent to navigate through this market. She says things move so quickly, and there are lots of issues presented by multiple offers and necessary tasks like conducting inspections.

Linda Boden of Leavitt Realty in Lake George, who specializes in resort property, muses, “Who would have thought this Covid would have turned the market? It was good last year, but much better this year.”

Still, in Ms. Boden’s view, Lake George remains a buyer’s market and says many homes are not selling for full price. In her experience, she says it is unusual that people are paying over the asking price.

Ms. Boden says fall is her best time to sell homes on the lake, not the spring. She says during the summer, most people are just looking, but that serious buyers act in the fall. “They’re betting that the seller won’t want to pay all of the costs to keep the property over the winter.”

Ms. Boden says many buyers also want to use a property for part of the summer, and rent it out for some period to help defray costs, especially taxes. She says some condominium or townhouse complexes often restrict how long a period of time the owner can rent the property out each year.

Barbara Kenison, of Coldwell Banker Realty, agrees business is very good. She says buyers are a mixture of locals and people who used to “come up as kids.”

She believes the low inventory is a result of people’s uncertainty with the pandemic, including with schools. She says families with younger children gravitate toward Queensbury, and “older couples” are buying in Glens Falls, which “has done very well…People love the downtown area.”