What $8.35-million buys on Lake George

An 11,000 square-foot home on Lake Shore Drive in Bolton with 294 feet of lakefront and a new dock complex that can accommodate five or six boats sold on April 1 for $8.35-million.

The seller’s broker was Dan Davies of Davies-Davies & Associates.

“The Sagamore is by far the biggest sale ever on the lake, at $70 million or $80 million, but this is the biggest residential transaction that I know of, 34 years of doing it. So I don’t see anything beating it that I can think of off-hand….There’s nothing in the MLS that shows that.“

Mr. Davies calls the house, built in 2014, “just meticulously beautiful on all levels. This builder has built a lot of homes around the lake. He’s done a lot for other people. But he’s also done five or six of his own. So he knew what he wanted, and made it very, very special.”

The sellers Kevin and Mary Beth Maschewski own Adirondack Designers & Builders in Bolton.

Mr. Davies said the Maschewskis lived in the house for about four years. “That’s like his fourth time he’s done that.”

Mr. Davies said the house was on the market “about two years. There were multiple offers on it. And he held out for what he wanted. And he understood the market. And just timing was right, for all parties involved.” 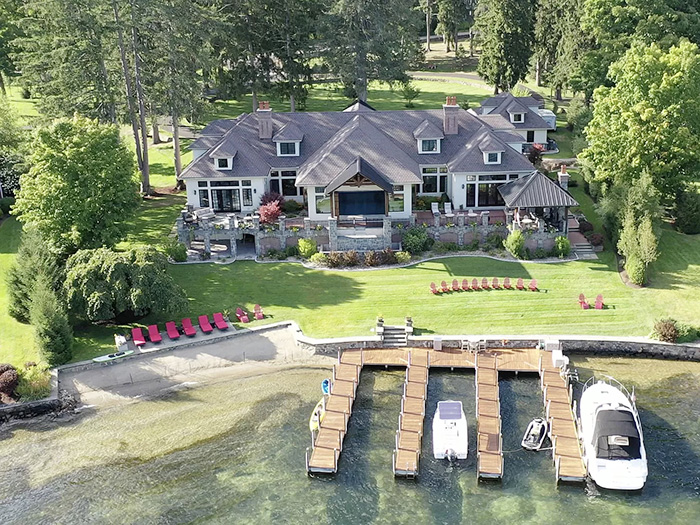 “I honestly think we’ve kind of leveled off,” Mr. Davies replied. “Lake George is continuing to move up because it’s a supply and demand issue. And some of the homes in and around Queensbury, Saratoga are continuing to go up strictly because to build a home now is incredibly expensive.

“In my opinion, you are going to see a pullback in some real estate markets in the United States, but I don’t think you’re going to see it like we saw in 2008 or 93.

“I still think Florida is going to stay very strong, just because tremendous demand from the northern states’ long-term exodus.

And the same with us up here. Normally, there’s about 80 listings on Lake George — there’s eight. That is unprecedentedly low, and it’s a 55-year low.

“It takes years to get those listings on the table. So it’s going to take years for our market to be saturated again. I think we’re going to stay at sustained high levels for a while in the Saratoga, Lake George region. I really do.”

He said, “All the buyers — we used to get Jersey, Connecticut, Long Island. These are a lot of New York City buyers, and a lot of them are Philadelphia buyers, too. 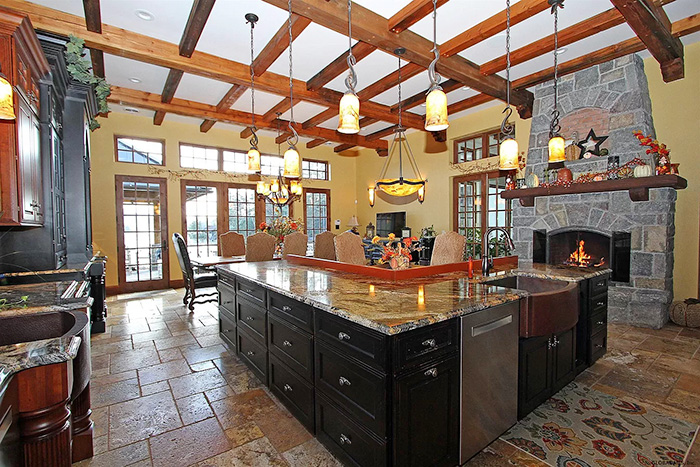 “They’re scared to be in the cities. And they’ve had it. A lot of them are baby boomers… I can’t tell you how many baby boomers I sold to that — they retired and they’re going to have one house here and one house in the south. So it’s driven the market to record levels.” 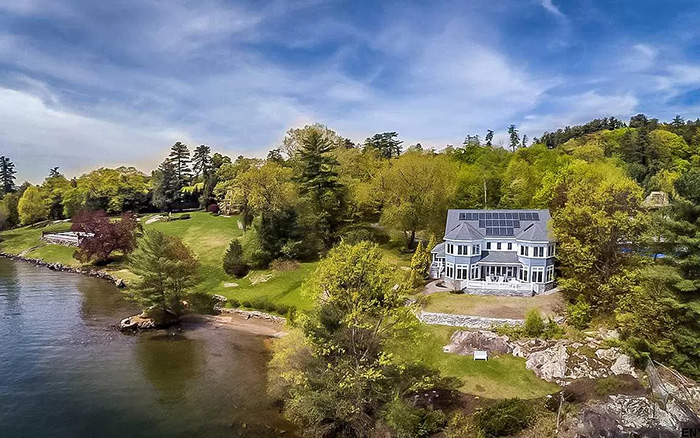 At the same time that Kevin and Mary Beth Maschewski sold their Lake Shore Drive home for $8.35-million to a New Jersey couple, Frederick and Dana LoSapio, the couples also did a deal in the opposite direction.

The Maschewskis bought a lake house property to the south for $4.25-million from the LoSapios, Warren County land records indicate.

The house is also on Lake Shore Drive, in the Town of Lake George.