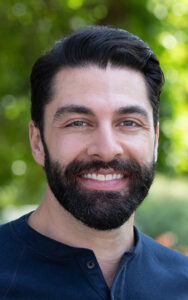 My story is like many of yours – stepping up in times of great trial to help others.

I joined the CIA after 9/11 to take on some of the world’s most dangerous terrorists, served in Afghanistan and Iraq, and as Director for Counterterrorism in the Obama White House. When our country was attacked on January 6th by violent extremists — and I saw Elise Stefanik defending and embracing their crimes — we launched this campaign.

In Congress, I will fight for lower costs for working families, expanded access to care with cheaper prescription drugs, and reproductive healthcare freedom for women, to protect Social Security and Medicare from disastrous schemes and cuts, and for a future with a strong economy, good-paying jobs, and a healthy environment.

We’re building the broad coalition that can defeat Elise Stefanik this fall. I’m asking for your vote on August 23rd so we can win in November. 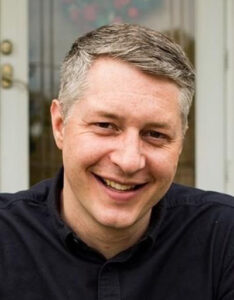 I’m running for Congress to fight for my home. I’m a fifth-generation Whitehall native, a town where my family has owned a grocery store for nearly a century.

Whitehall is where I attended public school, developed my Catholic faith, and came out as gay. I’m the only candidate who was born, raised, and currently lives in the district, and the only one who voted here prior to running.

Service and advocacy have always been a part of my life. After serving in AmeriCorps, I became a lawyer and took on tough fights against insurance companies.

On August 23rd, as your hometown candidate, I humbly ask for your vote. 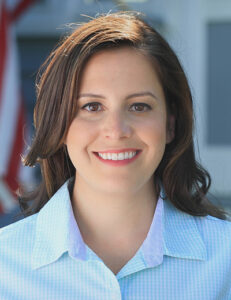 Note: It is Chronicle policy when we invite candidates to submit statements for contested primary races, to offer statements to declared candidates for the position who do not have a primary opponent.

I am proud to have delivered real results for our district including solving over 13,000 individual constituent services cases and delivering over $500 million in federal funds back to Upstate New York and the North County.

As the chief advocate for Fort Drum, I have delivered $5.5 million in VA benefits to local veterans.

When Republicans earn back control of Congress, I will lead the fight to stop the reckless spending fueling inflation; unleash American energy independence to lower the price of gas, heating and utility bills; support law enforcement; secure the border; protect our 2nd Amendment Rights; and uphold the Constitution.

I have participated in nearly 2,000 district constituent events since taking office and I will continue to work my very hardest to represent families, small businesses, farms, veterans, and seniors in NY-21.

Share
Previous Taste of the North County called off; Kiwanis hopes in ’23
Next Hooked on Food Truck Corral!