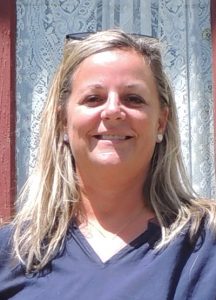 Mrs. Davidson bought the properties from the estate of the late William Green.

“[Realtor] Mark Levack reached out to me a little over a year ago, just after we closed on Bemis Place, to see if I was interested in these properties that Mr. Green’s three daughters were looking to sell,” she said. 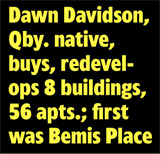 “I very much wanted another project, it was in our wheelhouse, we knew the dollars and cents, they were older properties with similar upside, and they were close by. It was a year-long process, and we got it done.” 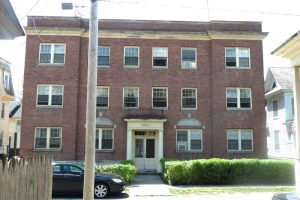 Mrs. Davidson’s father Donald Sweetser is her general contractor. Her brother Geoffrey, who owns Sweet Home Services in Brant Lake, is doing much of the renovation work.

Last year, Mrs. Davidson bought the Bemis Place buildings, formerly called Sherman Square, next to the Glens Falls Senior Center for $769,000. Her team renovated all but two of the units. She says the apartments are fully rented with a waiting list.

She said the purchase and renovation of Bemis Place has gone “better than I expected. It’s mostly young professionals looking for access to downtown.” 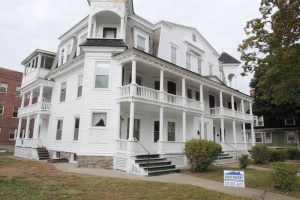 Now the team is working its way through the new acquisitions. Mr. Levack and Nic Ketter of Levack Real Estate represented the sellers. Mrs. Davidson says of the newly acquired buildings:

18 Sherman Ave. “is in great shape. It’s a five-family with a new roof, new windows and electric.

17 Sherman Ave., known as Argent Place, is a 12-unit building on the National Register of Historic Places. Mrs. Davidson said “the sellers took four units down to the studs.” 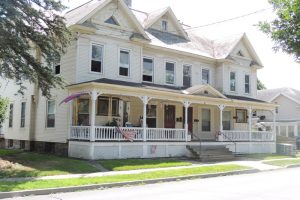 21 Sherman Ave., known as Hack House, is a four-unit long ago farmhouse that has been improved inside and out, she said.

3-5 Holman St. is a two-family, with one side rented and the other side being renovated, Mrs. Davidson said.

She says 28 of the 38 apartments are rented, with six still being renovated. 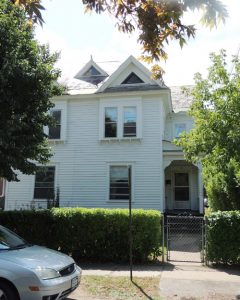 Four smaller one-bedroom units that will rent for $700 a month will be available in 21½ Sherman Ave. in early October.

All the buildings have been extensively renovated with new secure entrances and video cameras. Some work is ongoing.

Her contractor father Mr. Sweetser adds, “The City has been very good to us. We have a great relationship with the City.” 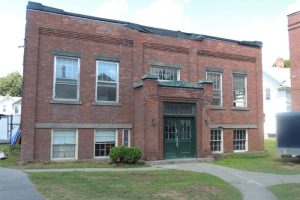 Mrs. Davidson said Craig Seybolt of Glens Falls National Bank secured the financing for her latest purchase, just like he did for Bemis Place.

“Glens Falls National Bank has been amazing,” she said. 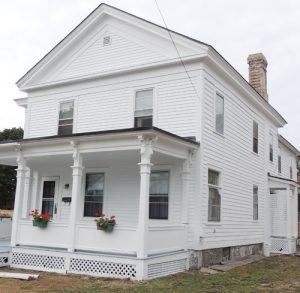 Hack House, at 21 Sherman, is one of six buildings that Mrs. Davidson bought in a $1.2-million purchase. Chronicle photos/Gordon Woodworth 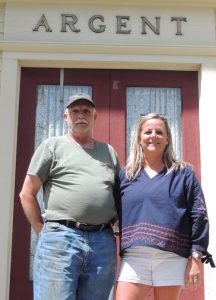