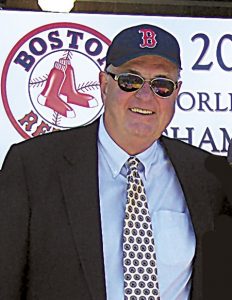 “We’ve got 106 people going as of this morning,” Mayor Blais told The Chronicle Monday. “I’ve got 40 seats together. Phil Morse got them for me.”

Mr. Morse, a minority owner of the Red Sox who has a home on Lake George and who founded the NAMIC medical device business in Glens Falls, invited his long-time friend to the game to celebrate his 49 years in office.

“There’s a big first pitch party the night before,” he said. “I’ve been warming up. It’s been a long time since I threw a baseball. I can’t really do a windup, but if I throw the ball high enough, I’ll be able to do it.” — Gordon Woodworth